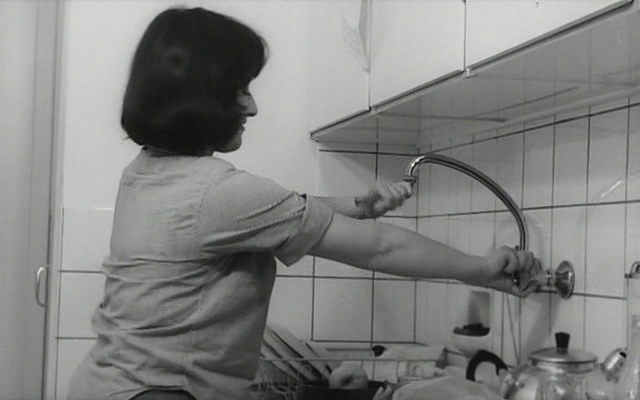 In Jeanne Dielman there is a woman who lives her life through rituals. She cooks and cleans every single day. It's mechanical, perfectly shaped and fills her life with purpose. When there are slight breaks in those tasks the woman of that film begins to fracture. Jeanne Dielman shows a structure to live in. Saute Ma Ville seeks to destroy those structures. 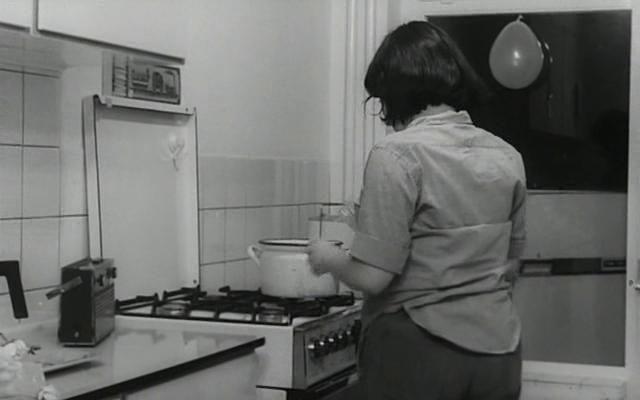 Saute Ma Ville is a phoenix film. It is destroying the old guard to bring life to a new generation. In this case it is the women of the 1960s not wishing to live the types of lives their mothers, aunts and grandmothers were forced to endure. While Jeanne Dielman is a more radical statement by tapping into the mental state of women and delivering a portrait of time and procedure Saute Ma Ville is more like a blunt instrument. The title even infers a simple act of destruction: "Blow Up My Town". In that respect Chantal Akerman's first film feels similar to the energy and exuberance of Vera Chytilova's Daisies, but Akerman's technique is different and entirely her own, even if Daisies and Saute Ma Ville are sisters in arms. 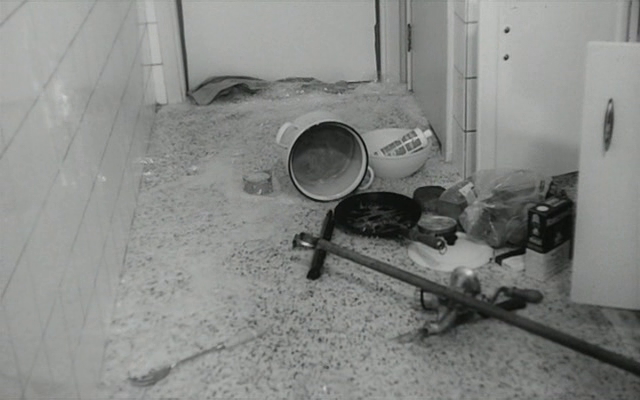 Chantal Akerman was only 18 when she made this film, but her filmmaking is already developed. Her insistence on framing around tight spaces and entering into the mindset of specific characters is present, and she is adept at capturing poignant moments of singularity- a recurring theme throughout her entire career. The parallelism of her camera to her characters is one of her trademarks and in Saute Ma Ville it strengthens Akerman's chaotic turn as an implosion. Her camera is energetic which contrasts heavily with the work she would do in New York a few years later (the work her reputation as a difficult filmmaker is built upon), but the excess of movement calls for what she wants to convey. Her character is a blitzkrieg and can never stay still for more than a couple of seconds so the camera follows her. Her voice echoes over the images in a lilting, angelic humming that clashes with the violent nature of the acts she is committing to totems of femininity of the past. The brooms are broken, the lotion is everywhere and the soap is on the floor. Everything is out of place, because it must be to start anew, and Akerman's zipping camera work personifies her character with resolute confidence. 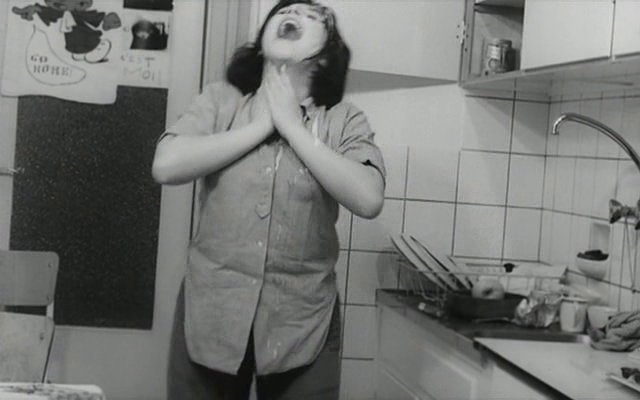 Chantal Akerman stars in this picture, and in her own words she's a Charlie Chaplin-esque kind of character whenever she is in her own movies, this one included. Akerman is jovial, singing, a smile forever attached to her face as she moves around the kitchen knocking anything in her path to the floor. This is a death dance, but instead of being somber it is celebratory, because the end of this prison is liberating for Chantal and speaks to a larger theme on the kitchen as a woman's place. In 1968 Saute Ma Ville could also easily be seen as an oncoming storm, a film that literally represents the dawning of second wave feminism. When Chantal writes in lotion on a mirror with her hands "IT'S ALL OVER" she doesn't mean her life, she means the past. When she finally kills herself on top of an oven in the final frames of the short she's destroying the idea that a kitchen is a woman's place while also damning the kitchen as a place of life lost for those women who toiled away in that confined space. The women Chantal watched growing up, and the women she'd make movies about for the rest of her career. 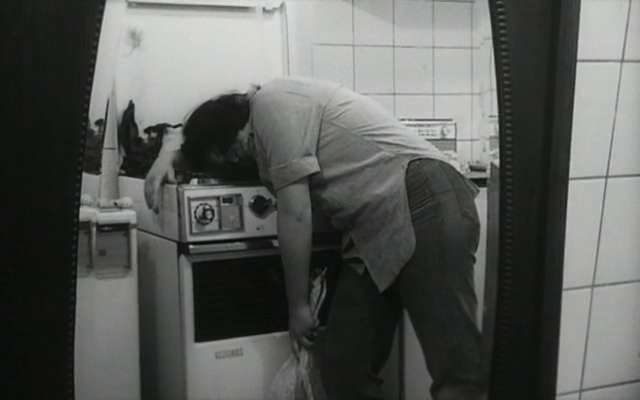 As a first statement Chantal Akerman came out of the gates swinging with a rough snapshot of feminist thought. She'd never accept those queer or feminist labels that are key to her work, but I believe she was absolutely aware of the type of cinema she was making. She wouldn't return to this type of work again until 1974 with Je, Tu, Il, Elle and her filmmaking acumen would evolve as she was introduced to experimental cinema, but as it stands Saute Ma Ville is an interesting first chapter for one of the great filmmakers and an introduction to everything Akerman would give the world.
Posted by Willow Maclay at 1:48 PM