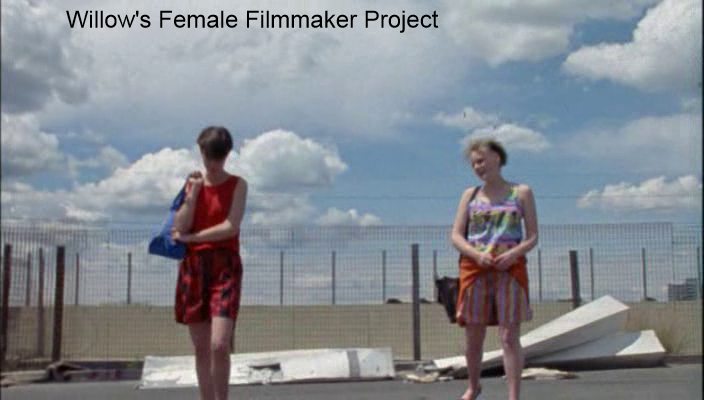 Last year I titled a few of the posts on my blog "Female Filmmaker Project", and in doing so I tried to spotlight the movies I was currently watching that were directed by women. This year I'm going to make that an official goal and project of this blog. I have more time to write and watch movies now that I've gotten my move to another country out of the way, and I want to devote some of this time I have to cinema, and more specifically cinema made by women. The goal is very simple: 52 films, 1 a week until the end of the year. This number may end up being more than 52, but I plan on writing about these films on this blog. This will push me to both watch more films directed by women (which is always a good thing) and to write more often. I am kind of stealing this idea from old films flicker. You can follow her on twitter under the same name I listed in the previous sentence. You should because she's awesome, and doing a project of her own next year where she only watches films directed by women for the entire year! Which is kind of incredible, and you should follow along as she chronicles that project. Over on Curtsies and Hand Grenades you'll be getting a kind of version of that once a week, and I hope you enjoy. These are the films I have lined up for the year. I'm very excited. If you have suggestions of movies to watch drop me a line down in the comments. Hugs and Love
-Willow