You Want Them to Notice: Transgender Dysphoria Blues 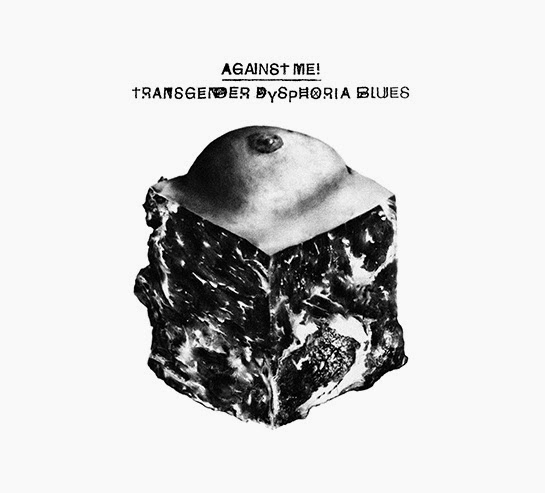 You are my companion. Something I never wished I had to deal with. I wish you would leave me alone. I just want to exist in this world without the throbbing in the back of my head, the constant reminder that I’m never quite going to be the person I see myself as. I travel forward in my day to day life living and dying by what other people say and how they define my identity. When they get it right you ease away and disappear and for a moment I’m at peace. I’m happy. More often though you’re here with me going off like a siren every time anyone misgenders me. I crumble and I fall into defeat. I can’t find the strength within myself to correct them and you start to wash over me and fill me with depression and toxic feelings about my own self-worth. This is every single day of my life. This is my reality. I’m a transgender woman and my companion is dysphoria.

No one talks about dysphoria in mainstream media and if I had to guess the majority of the population isn’t even aware of gender dysphoria and the real problems transgender people go through in trying to deal with those feelings. It’s almost unbearable at times and to have a worldwide ignorance of something that effects my life greatly is nothing short of immensely depressing. When I first told my parents I was dysphoric constantly and needed to transition they didn’t know what the word meant. I had to explain to them trans 101 and after all that time and after I told them about all the pain I was going through they still rejected me. They told me I shouldn’t do this for religious reasons, and told me they wouldn’t support me under any circumstances because I’d be a freak, never a real woman, going to hell, etc. What I’m getting at here is that the everyday person doesn’t understand what kind of struggle transgender people go through on a day to day basis. I think a big part of this problem is a media silence on our issues and the representation we do get culminates in either A.) Being the punchline to your joke or B.)Being your murder victim. This kind of representation openly damages people like me because media can humanize or dehumanize people who are on the fringes of society, and I certainly am.

So here I am in 2014 sitting and crying watching David Letterman. It’s not because I’m laughing at some joke he told or because Drew Brees told a heartwarming story. The musical guest that night is Against Me! and their singer (Laura Jane Grace) is a transgender woman and she’s singing about an experience that actively aligns with my own. Millions of people are watching her standing up on the stage playing punk rock music and singing about dysphoria. For a moment it makes me think of a future when this is the norm. A world where transgender artists are given the same respect and audience that other groups of people are given. It’s a world where we are respected instead of feared and a world where I feel safe. I don’t live in that world, but Against Me!’s newest album Transgender Dysphoria Blues gives me the kind of hope that one day I might. The world is still so very far away from respecting us, but maybe this album is the first in a long line of moments where mainstream media gives us that respect. I cannot state just how important and empowering this album is to these ears. I’ve never heard a rock album say “In her dysphoria’s affection she still saw her mother’s son”, or “Your Tells are so Obvious, Shoulders too broad for a girl, keeps you reminded, it helps you to remember where you come from”. I hear each line echoing from the lips of Laura Jane Grace that I’m not alone in this world and that my feelings are valid and true. This isn’t an easy listen, because many of the fears that Laura had when she came out are living inside of the lyrics. She has that same doubts that I do about what she’ll look like, where her life goes now, and what this means for her family. This is not a blues album in the typical sense of playing cyclic chords on an old guitar, but it is in the sense of talking about pain. The pain of dysphoria, and it is powerful to hear something relating to my story on national television and in national print. I don’t know if Transgender Dysphoria Blues is going to be considered a classic album or if it’s even going to find it’s way on anyone’s best of the year list in December, but for this transgender woman without a voice it is just about the most important album I’ve ever heard. I cannot thank Laura Jane Grace and the rest of Against Me! enough for making me feel validated, real, and most of all female in a world that mostly denies my identity.
Posted by Willow Maclay at 1:43 PM No comments: