Confessions of a Female Badass: She's a Wrestler

Confessions of a Female Badass is an ongoing column at Curtsies and Hand Grenades where I discuss women in genre cinema. 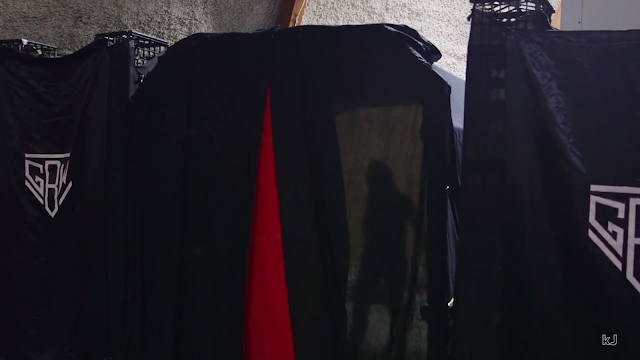 Kimber Lee is a ballerina, a bartender, an American, and an artist, but at heart she's a wrestler. There's a defiance in the title of this documentary that pushes back at preconceived notions of what a woman can be when she steps inside the ring. She's a wrestler. Not eye candy, not a prop, not a model or a valet. She's here to kick-ass and tell a story, just like all of the men who enter into this sport of gonzo theatrics and ineffable heart.

Kimber Lee states that she's always had to prove herself, because she's a woman. Wrestling is still held back by lecherous ideas of the extent of what a woman can do in the sphere of the sport, and this documentary centers that understanding through narrative and framing. In the opening frames Kimber is seen as a solitary figure backstage- a lone woman in a sea of men. The images used here speak volumes of the disparity in gender in wrestling. Kimber is outnumbered in all possible frames, and director Kenny Johnson focuses on this attitude by using wide shots to truly capture the environment. Large, bulky men tower over Kimber, but she's resolute in what she does, and she hopes to foster change and prove that women can hang with men inside the ring and out. Wrestling hit its zenith in popularity in the late 1990s where it wasn't uncommon to see women, frequently playboy models, "compete" in lingerie pillow fight matches and even more degrading examples like mud wrestling and bra and panties matches. Wrestling earned a reputation that at the time was deserved of being barbaric, offensive, and trashy. The World Wrestling Federation plunged to the depths of good taste to compete against rival company World Championship Wrestling and in doing so saved their company and made wrestling reach a level of popularity it has not seen since again, but in doing so they severely damaged the possibilities of women who wanted to be wrestlers. Today, wrestling has dropped the easy, gutter-trash programming (mostly) in favor of competitive theater, but women in wrestling, and wrestling in general are still fighting to be seen as respectable. 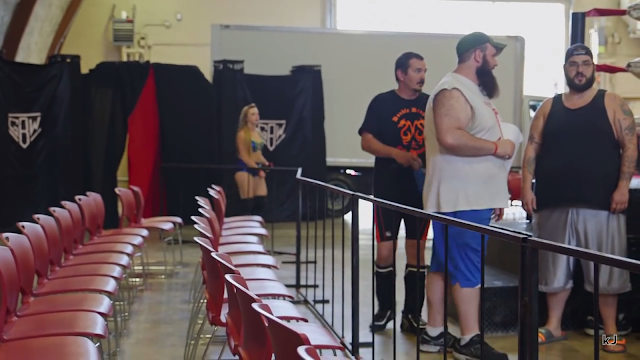 Kimber Lee's mom forbid her from watching during the late 90s, and no one can really blame her, but nonetheless Kimber fell in love, and after her career as a ballerina closed she decided it was time to become what she admired to be so much when she was younger. It's telling that even in standing beside men who dwarf her in size Kimber looks like she belongs. In wrestling acting is paramount and Kimber's body language is of utmost confidence. She stands right in the face of her competitors and knows she can take their best shot and give it back to them tenfold. Kimber is an independent wrestler and sometimes competes in matches against men, called Intergender Wrestling. As Wrestling is theater and predetermined it can skirt a lot of the more troublesome implications of seeing a man hit another woman. In wrestling equality can be found through combat, and women can fight back and win. Intergender wrestling is complicated, because it so frequently can falter and merely reaffirms gendered notions of men and women, but when it is merely treated as wrestling and the competitors are equal it can be divine.

She's a Wrestler utilizes implications made famous in the television drama Friday Night Lights. Wrestling is made special by showing it as a gathering. Fans are seen climbing into seats, the lights are being set up, the wrestlers linger around stretching and later putting on their gear. It's a production, but it has the vibe of a small town bonding over sports. The Independent wrestling scene offers something unique in the ability to showcase what younger fans see as superheroes with a real chance to feel them up close. Not fifteen or twenty feet away you can see Kimber's determination, her pain, her grace and her strength as she fights back. She's wrestling for herself, but every other little girl (or little boy) who needs to see someone be strong in the face of bullying or aggression.

The film eventually eschews its ground-level filming of the action and the vibe of the independent wrestling show in favor of documentary techniques like talking heads, but Kimber's words inform the strength behind these original images and give them more context. Kimber distinctly understands that she's more than just a wrestler, but also an activist. There is no untangling the political from women's wrestling and she knows that she's on the front-lines of an evolving business as not just an independent wrestler, but a figure for little girls everywhere to enact change within an industry so dominated by men that it isn't rare to see independent shows hold one women's wrestling match for every six or seven by men. 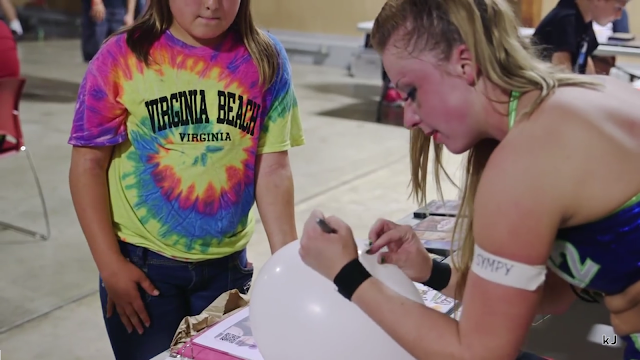 There is one final image that brings together the thesis of why Kimber wrestles and it is Kimber signing a balloon in front of a girl who attended the show. In voice-over Kimber states "I'm this girl who just stood up to this guy, and she thinks "oh my gosh I can do this too". I've always said, like, if I have one little girl somewhere, or little boy, I don't care, that says "I want to be like Kimber Lee". If I inspire somebody I've really done my job." She's a Wrestler.

When I was growing up I was yearning for a figure like Wonder Woman to come by and sweep me off my feet and give me something resembling confidence and strength to make it through day to day life. But Wonder Woman wasn't around. I was forced to try and understand Batman and Robin or the Power Rangers and that feeling of identification was never present in my childhood until I found Sailor Moon. I thought I was over finding strength through characters when I was in my twenties, but something curious happened when I found professional wrestling. I started watching Shimmer Women Athletes right around the time when I came out as a transgender woman, and here were these women who were so profoundly strong and confident and they were all different from one another. I realized that my body type wasn't all that different and I could be whoever the fuck I wanted to be with conviction. I found my own Wonder Woman in Sara Del Rey, but the great thing about wrestling, and the great thing about Kimber Lee is that she's making it so that you don't have to be in your twenties to see that you can be strong. It's for kids and adults, and in her own small way she's making it okay for little girls and even young women to say I want to be a wrestler. I want to be like Kimber Lee. I can do this. I can do anything. 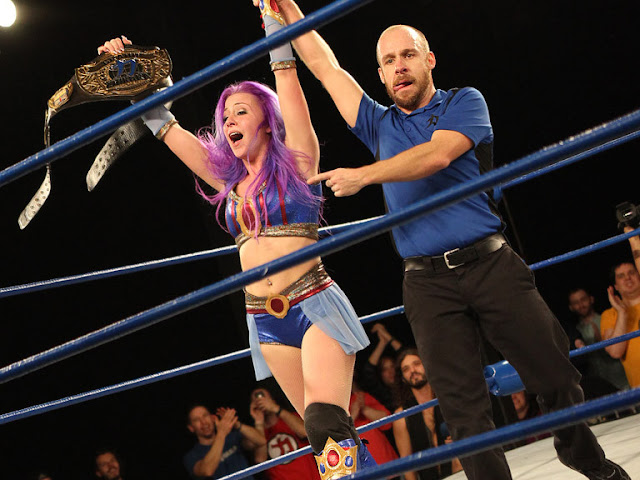 Posted by Willow Maclay at 10:00 AM No comments: