4 films to get excited about at the Fantasia Film Festival 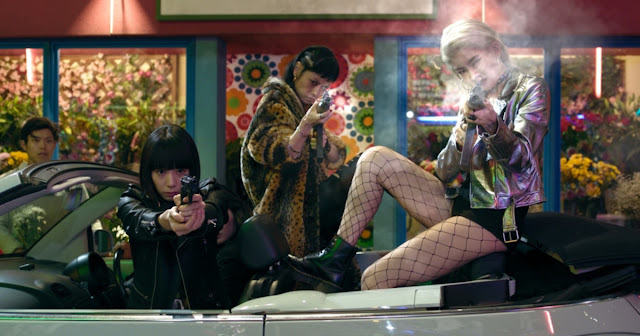 The latest incarnation of Montreal's Fantasia Film Festival is right around the corner. Running from July 12th to August 2nd the film Festival looks to bring some of the newest films of genre cinema spanning the globe to your blood-lust fueled eyes. Over its long, 22 year history, this film festival in particular has brought international premier's from the likes of Satoshi Kon with his brilliant anime works such as the prescient social media horror picture, Perfect Blue, and his touching tribute to screen legends Setsuko Hara and Hideko Takamine in Millennium Actress. The festival has always had its finger on the pulse of the best in genre cinema coming out of Asia pinpointing the talent in the likes of directors Takashi Miike and Sion Sono, both of whom have a film playing at this year's festival. It isn't just Japan though as Fantasia has debuted features from the likes of Edgar Wright, Quentin Tarantino and Mike Flanagan. Fantasia always offers a wider depth than a lot of genre cinema film festivals of its type and there are few better in North America. This year will likely be no different.

4. Tokyo Vampire Hotel (Directed by Sion Sono)
Sono's feature length film version of last year's television show produced by Amazon is heading to Fantasia on Monday July 30th. Sono's films often bear a striking similarity to fellow Fantasia veteran Takashi Miike, but without the necessary interrogations that violence has on his characters. This isn't a negative criticism necessarily as Sono aims for something more akin to pop-art violence with no limits whatsoever, and Tokyo Vampire Hotel appears to have that in droves. This film, follows the blood feud between The Dracula's and the Corvin's as they head to war, and look good doing it. If excess and a penchant for anything goes theatricality in the vein of Joe Dante's best meshing of live action and cartoon elasticity are of any interest to you at all do not miss this one.

3. Madeline's Madeline (Directed by Josephine Decker)
Madeline's Madeline made a splash at Sundance this year, and is one of the best films of 2018 to date. Decker is one of the brightest young talents in all of American independent cinema with a stylistic voice that is actively pushing cinema forward into new terrain. Her films feel like little else currently on the market with a real focal point on tactile imagery and abrasive soundscapes that overwhelm the viewer when doubled with a blurriness that keeps images just out of reach. You feel Decker's cinema more than you understand it. Helena Howard stars as Madeline and it may just be the best performance in a movie this year.

2. Maquia: When the Promised Flower Blooms (Directed by Mari Okada)
Mari Okada's feature directorial debut comes with some level of hype attached considering she is coming off the success of her celebrated work as a screenwriter on projects such as The Anthem of the Heart. Maquia features a fantastical plot of longing, tragedy and time where one lonely girl from a tribe called the lolph, that stops aging in their mid-teens, finds a baby boy in the forest and decides to raise him. The film traces their relationship as it evolves and changes over time. Okada's film follows in the footsteps of recent anime giants like the dazzling Wolf Children and the epic love poem Your Name in its quest for both motherhood and the damage and beauty time can have on our lives.

1. Laplace's Witch (Directed by Takashi Miike)
Based on the best-selling novel by Keigo Higashino Takashi Miike returns to Fantasia with his newest commercial effort. Takashi Miike was always going to be number one on this list considering my affection for the director, but Laplace's Witch offers something tantalizing in its own right in Miike adapting what is essentially a murder mystery and dabbling with the notion of a serial killer. This is fertile ground for Miike as he's proven time and time again, but with Takashi Miike one should always expect the unexpected and welcome any abstraction of the narrative along the way. One of the world's very best has returned to his Canadian home, and that's always something worth keeping an eye on.
Posted by Willow Maclay at 3:21 PM No comments: