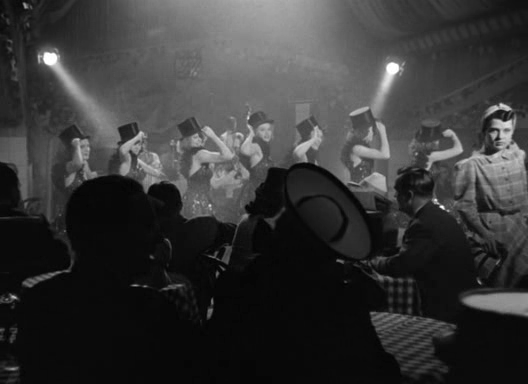 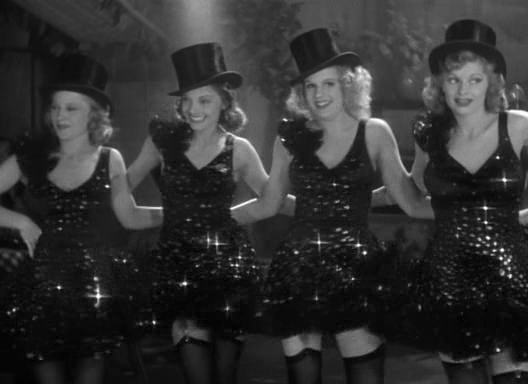 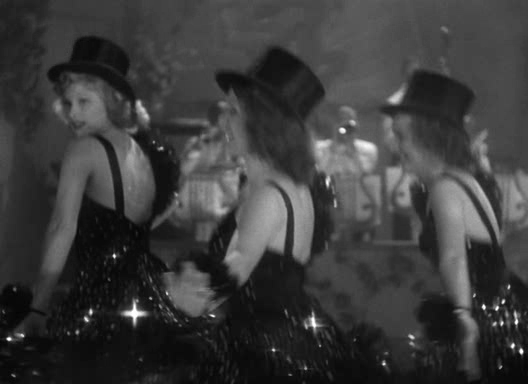 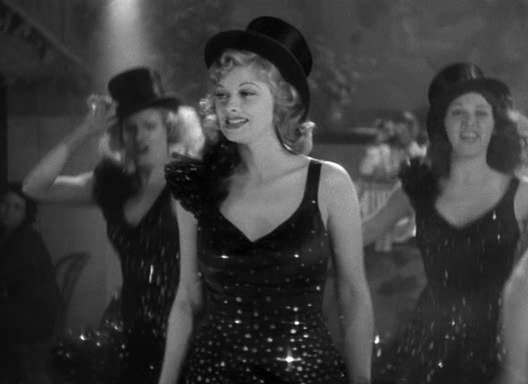 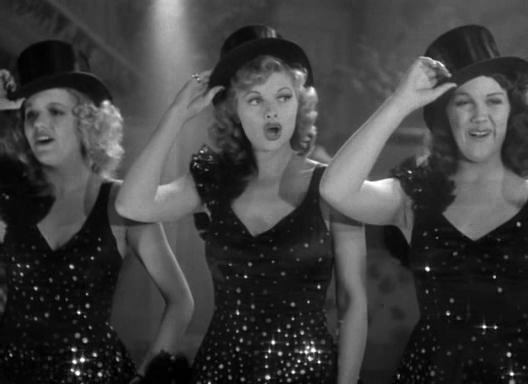 I cannot speak objectively with movies about dance. There is no greater sense of joy than the intersection of music, plus cinema, plus movement. The moments where characters simply decide it's time to move and are accompanied by song stick with me like nothing else in all of filmmaking. The final frames of Beau Travail, Frances running through the streets to "Modern Love", Gene Kelley stomping through the rain, The Red Shoes: that's my cinema. So when Dance, Girl, Dance begins with eight lithe, graceful women in top hats, all moving symbiotically in frame to a jaunty tune I knew I'd love this movie, but it offered so much more than just dance. 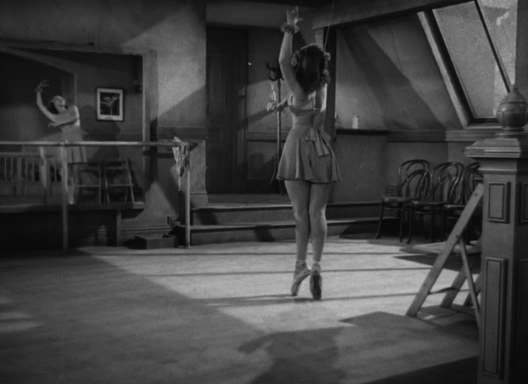 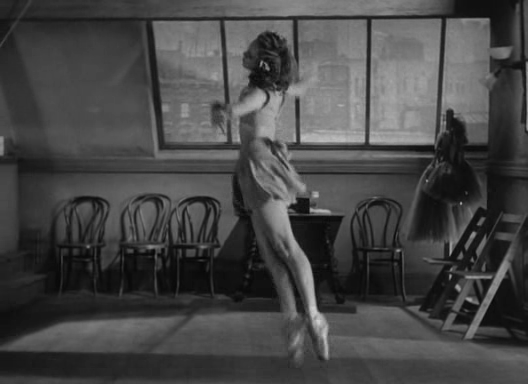 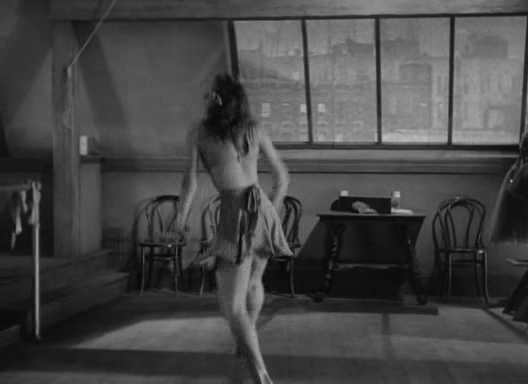 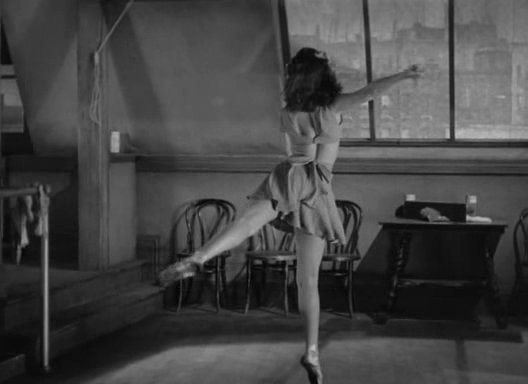 It's ironic that a movie "dance" in it's title wouldn't be a traditional musical, but instead a comedic drama, but either way Arzner and Ernst Mantray have a resolute interest in capturing the beauty of movement. Arzner's blocking is incredible throughout and becomes especially significant whenever she is shooting the dancing sequences. Whether individualistic or in group movement her cinema becomes minimal and so defined by the shifting of legs, arms and hips when song begins. The action is completely linked to how they get around the room. The shadows fill out the picture, and the windows, chairs and mirrors give layering to how the dance takes up space. When Maureen O' Hara dances, as seen above, Arzner's lens accommodates her symphony by never over cutting or turning the entire event into directorial virtuosity. Instead Arzner humbly hands her camera over to O' Hara who simply moves. That's all the movie needs here. 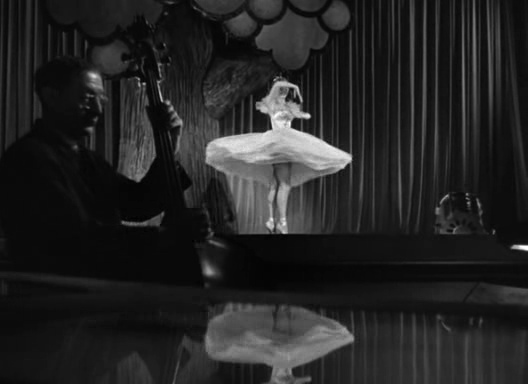 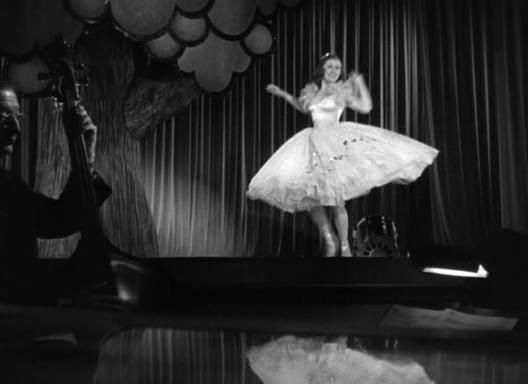 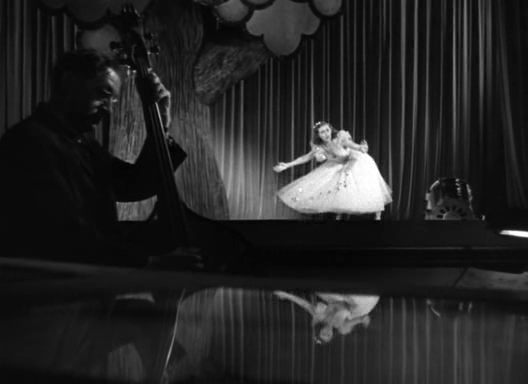 Once again, Arzner sits back and let's O' Hara's movement dictate the emotional heft of the scene, as this time she begins to work as a stooge to Lucille Ball's more brash and anti-ballet burlesque performer "Bubbles" and in doing so is booed relentlessly. 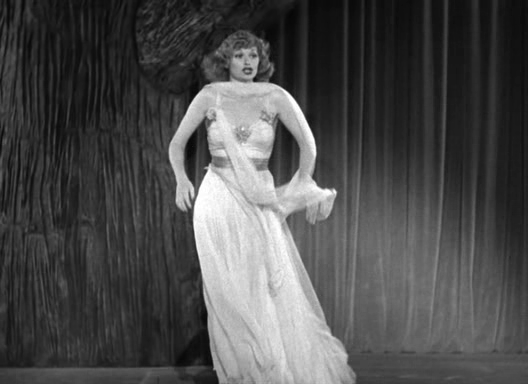 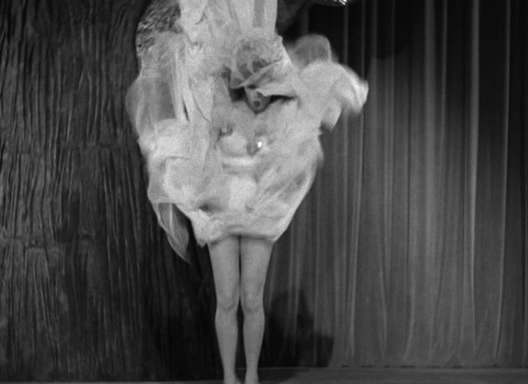 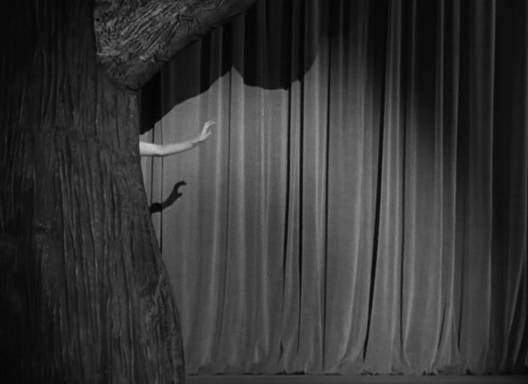 She does the same for Lucille Ball's more playful sequences while never shaming her body or her decisions. This is important as it doesn't betray the film's final moments by throwing Lucille under the bus for O' Hara's character. Her image making is of equality. They just move for different reasons. 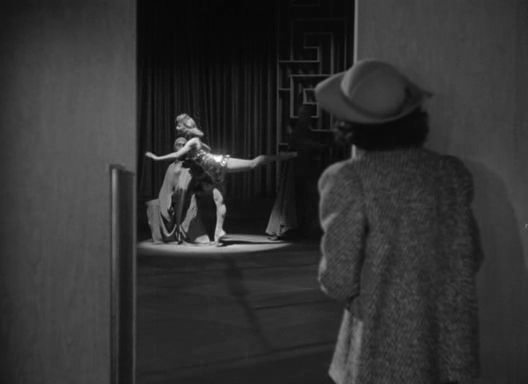 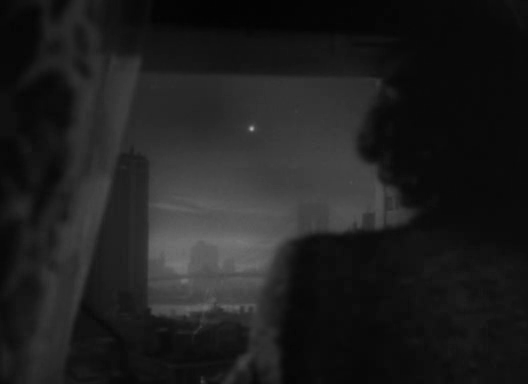 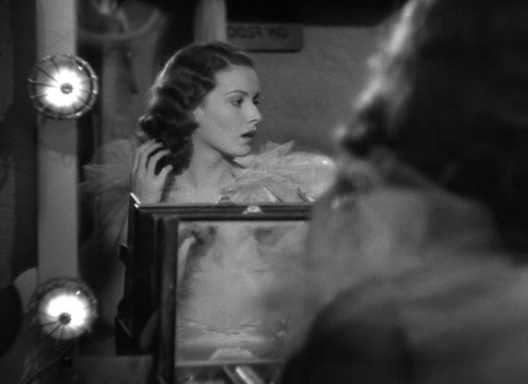 If this were just a film about a series of consecutive dance sequences I would still love it, but it far exceeds the confines of formal craftsmanship and digs into something much deeper when O' Hara longs to exist in show business. There's a sequence of images throughout that show O' Hara's base desire and sadness at not having what she wants. Seeing the angelic light on the dancer in the production she covets, the morningstar: the dream, the sadness at applying make-up for a job that doesn't give back. One woman scratching and clawing and climbing to survive with the help of only a few others and working as hard as she possibly can. That is the greatest humane quality of the picture. She never gives up, and this boils over in one stridently feminist and eye opening moment in the closing moments of the picture. 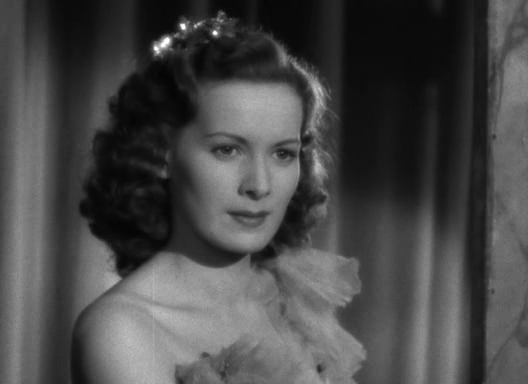 She gets a twinkle in her eye right before she decides to speak her mind. They've been tormenting her for months, and while she appreciates the kindness her friend offered her with this job has turned out to be a thankless one where she is depreciated night after night. But she always danced, because her tutor told her to in her dying breaths. She's had enough though, and the booing must stop. She lets go and finally lambasts the men for ogling women in a way they can't even their wives, she criticizes their enjoyment of haranguing a hard-working woman for a peek at titillation. She detests that they seek to commodify her body when she wants to be celebrated for it. She moves with grace, but she's treated like swine and for what reason? Because she doesn't take off her clothes. One woman stands and claps at the close of her speech. I wanted to join her.
Posted by Willow Maclay at 9:20 PM