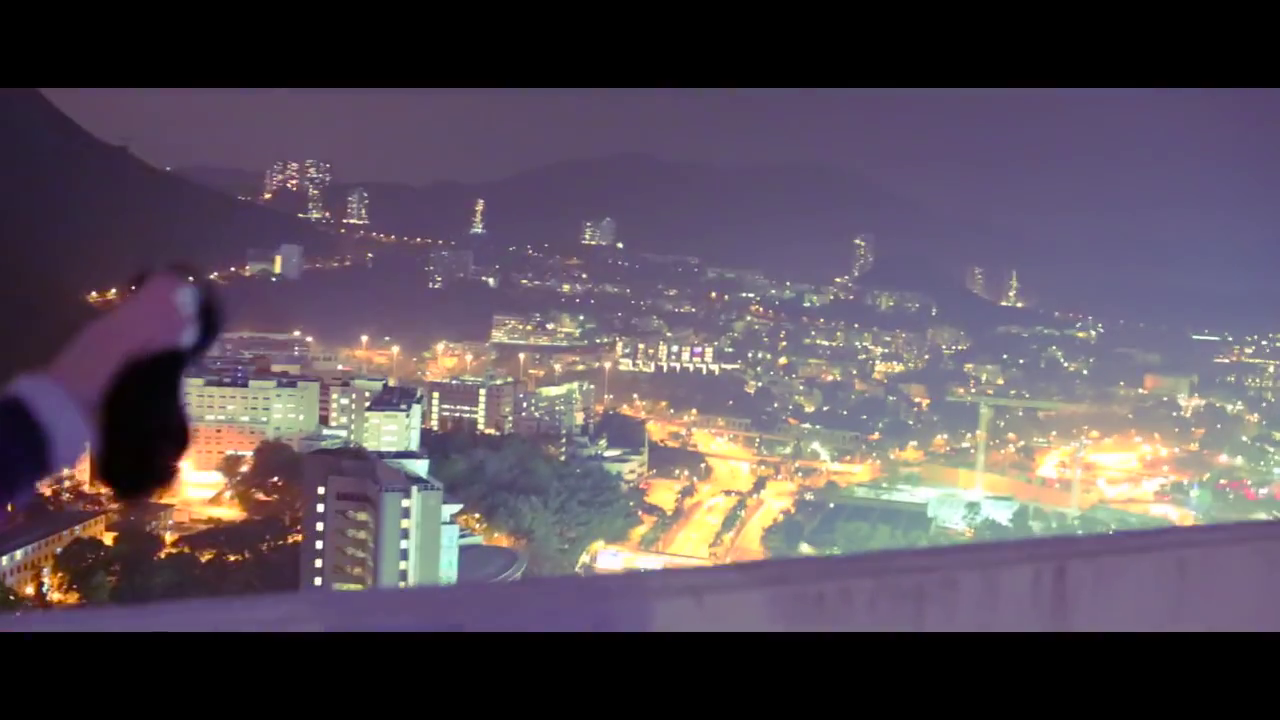 I still remember everything about arriving in St. Johns by airplane in September last year. I was on the way to finally live with the person whom I had been in a relationship with for years, and I distinctly recall the the feeling of purity that seemed to fill up my entire body. I'd check the time and know that with every passing minute I was another mile closer to the person that I loved, and reaching towards a place I could finally call home. For some reason I remember the chill on the windows of the aircraft and the fog that had crept over the city the most, and as it became darker and darker it felt like I was entering into a black hole, but when I came out on the other side I knew I'd be in paradise. The headphones that I had snuggly around my messy, blonde hair were feeding to me sounds of warmth, even if I was heading into an area more commonly associated with brutal cold. My Bloody Valentine's "Loveless" swept over me in wave after wave of sonic distortion making my ears feel like pillows, and my body feel like mush in the airline seat. Still, I kept looking out the window knowing I'd soon be in a place where feelings of easiness, serenity, pleasure, and safety were boundless and the constrictions of growing up transgender in the American South would finally be unshackled from my subconscious. More importantly though, I'd feel his arms around me for the first time in my life. We skyped as often as we could, often drifting into a haze-y area of sleep as we watched each other through computer screens knowing someday this would all become physical. It would be the single greatest moment of my life. I built it up that way, and I knew it wasn't going to disappoint me. I just had to get there. Cocteau Twins was next, and then something shimmered in the distance of the window through the impossible density of the fog, a tiny light, a slight burst of angel's breath through the darkness telling me I was here. I couldn't contain myself. The cliche of losing control of one's body is not something I believed in until that moment when I started giggling to myself, and the smile didn't seem to end on my face, but instead wrapped me up like a blanket. I still think back to this day of that music selection I had at the time, and the dissonance of feeling absolute warmth and stepping off the plane into a land of bitter cold. But I never felt the cold, because he was here. I was here. And his arms were as good as I thought they would be. 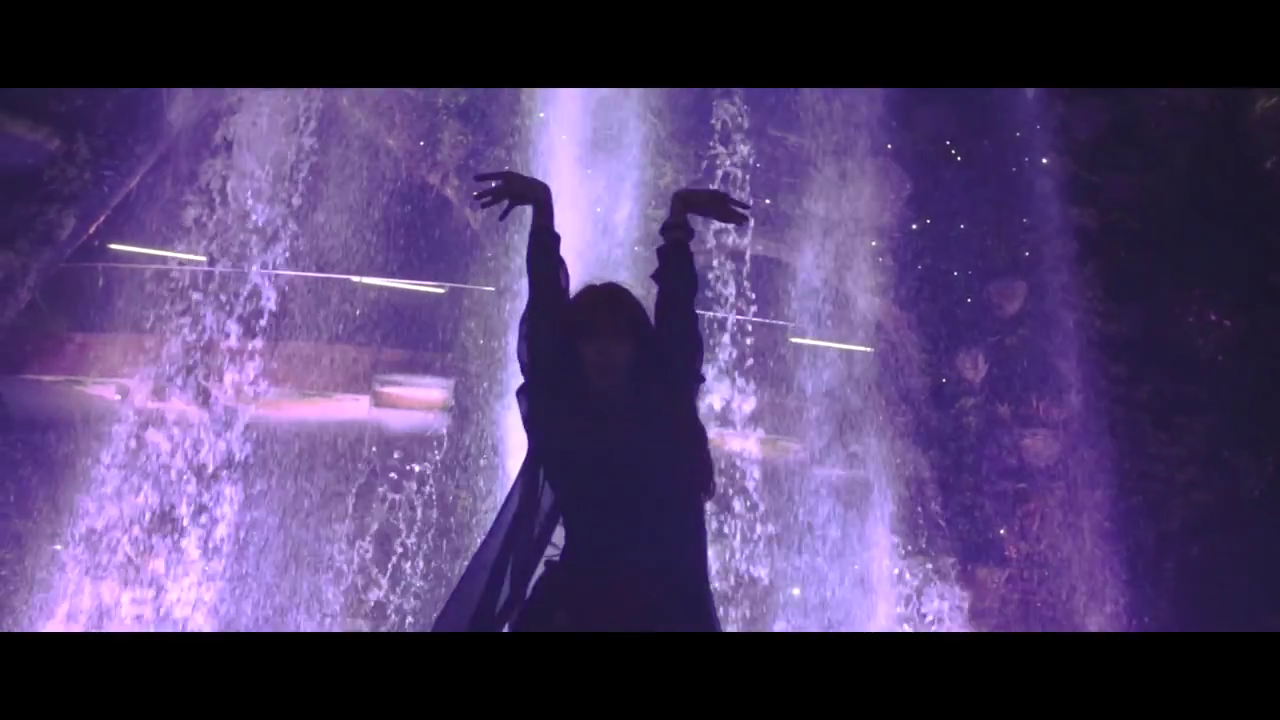 A funny thing happened the other night. I felt the shockwaves of that initial arrival once more, but it came with the images of a music video and a song that felt like a spiritual successor to the band I was listening to upon arrival in Newfoundland, and again I couldn't push down the joy that seemed to be seeping out of my body. I felt that effervescent billowing of purity that I had only experienced once in my life. This music video triggered those feelings, and Claire Boucher's stunning love letter to her fans in Asia is a testament to kindness and sincerity within art that felt connected to the type of love I was inundated with since arriving in Canada. REALiTi was never supposed to see the light of day, and this music video is mostly made up of shots Claire captured throughout her tour. It's a scrapbook, but it's also a statement to love, home, and people. 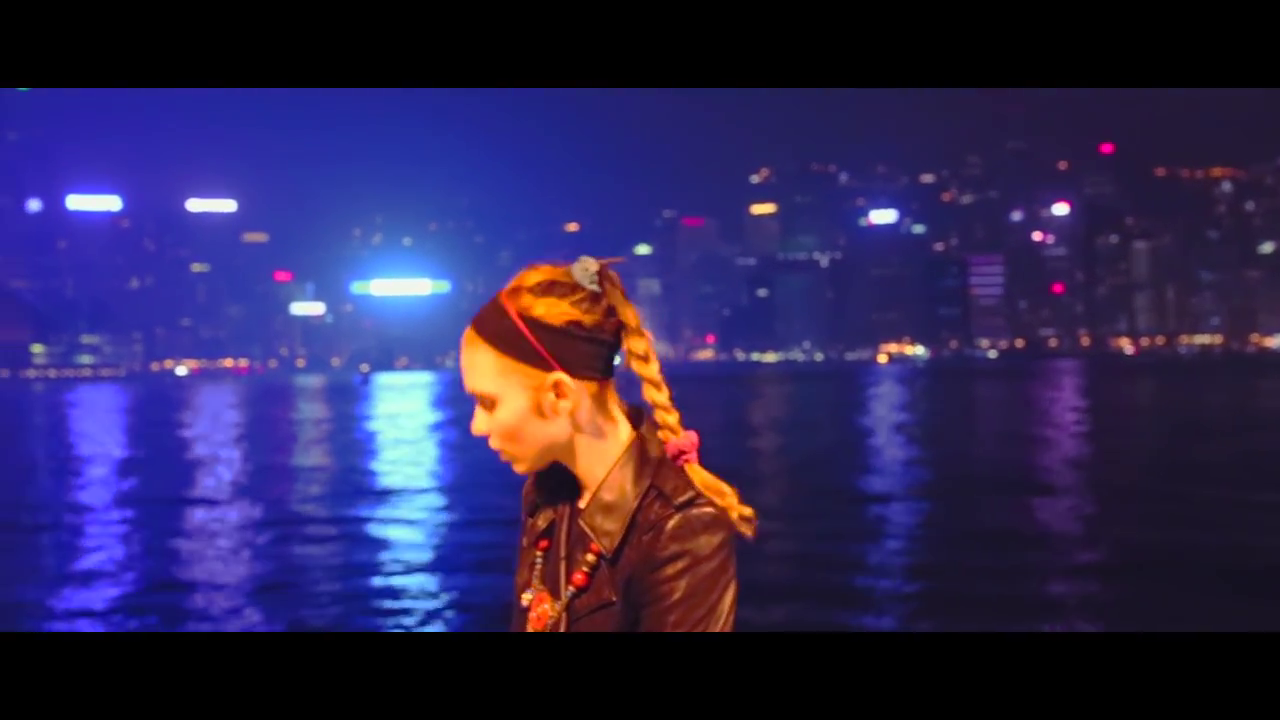 REALiTi is autumnal music. The kind of song that would play in a movie as two people desperately in love, clinging onto each other in this world finish their day and walk home. This is the essence of a hand outreaching for another or getting your hair pushed back long enough for a lover to bend in for a kiss. The anticipation of moments like that is REALiTi's core structure musicially. Those hazing synths just eek out of the fibre of the song and Claire's layered voice push everything up into the sky. Her voice is not one you can decipher lyrics from upon first listen, but words like scared, beautiful, love and home are enunciated and elevated for importance, and all those words connect to romance. Those words along with the icy, tenderness of the music paint REALiTi as something stunning. Claire never finished the song. She lost the original file so mixing and mastering never took place. It's rough around the edges, and the chorus feels incomplete, but isn't a pause important to the uncertainty of emotion? It only makes the song feel even more reflexive of humanity. And then there's the video, a testament to colour, tone and architecture. 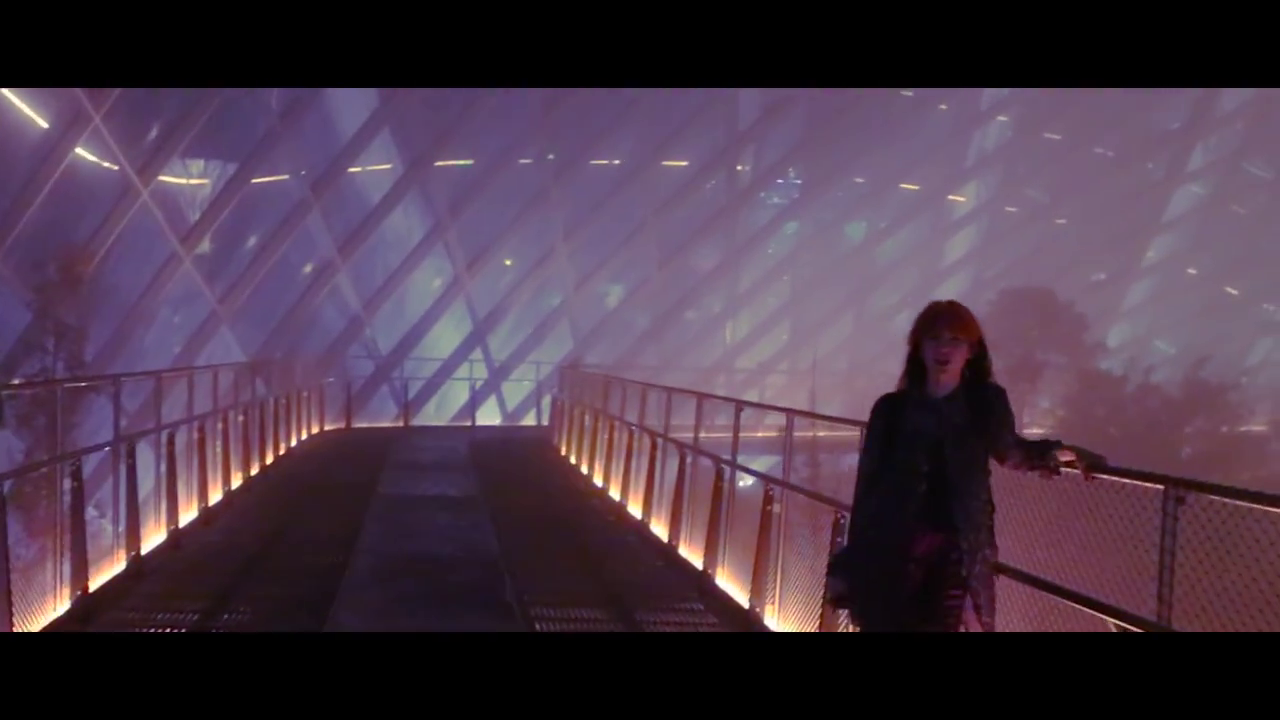 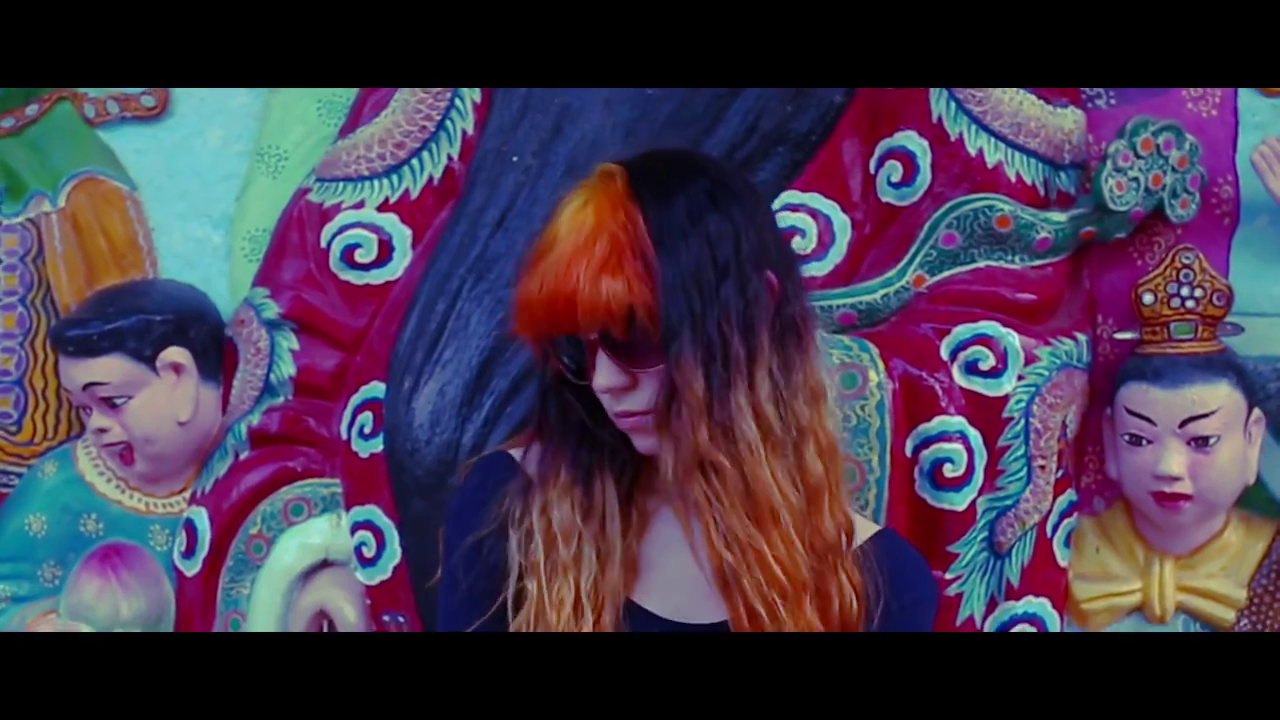 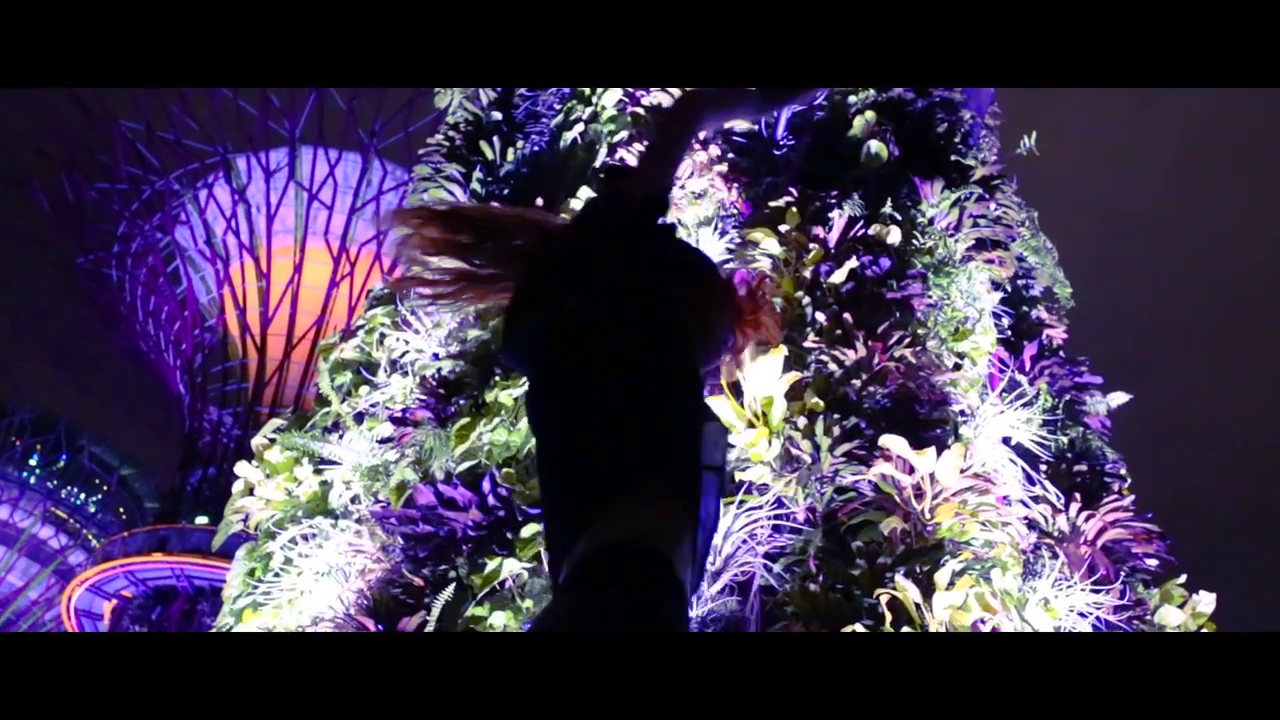 The bombast of the video's colour palette in digital handheld cinematography is nothing short of extraordinary. Claire stands on a ledge at the beginning of the video only to be surrounded by lavish purples and golden street lights, her orange hair announces itself in the midst of all of the colour. As if it were her soul brightening in the face of all the mistiness surrounding her. There's an abstract quality to her simply standing and existing within frame due to the offsetting colour of her hair and the decisions of her placement within the video. In another frame she stands with her back against a kimono painting that seems to swirl into her body that recalls the abstract. The most striking function of all the images throughout though is the relationship between nature and architecture. Grimes is shown dancing through jungle at some points, standing with the ocean to her back at others, and bathed in neon concert halls only moments later or shown moving up escalators into towering buildings. The beauty of what we have created and what we live in is not lost either way. Claire extends a level of interest in all of her subject matter and imagery finding them all equal of her lens as well as her body. Everything is worthy of being a dancehall or being shot on film with an eye for love, because this is our home, and she feels comfortable here among people with whom she's never even met. That spark of humanity runs throughout the video, especially in the closing moments where specification on Grimes as a performer turns into Grimes as a uniter of people as they dance in the rotating yellow lights of a concert venue and join together in a singular moment of shared enjoyment. 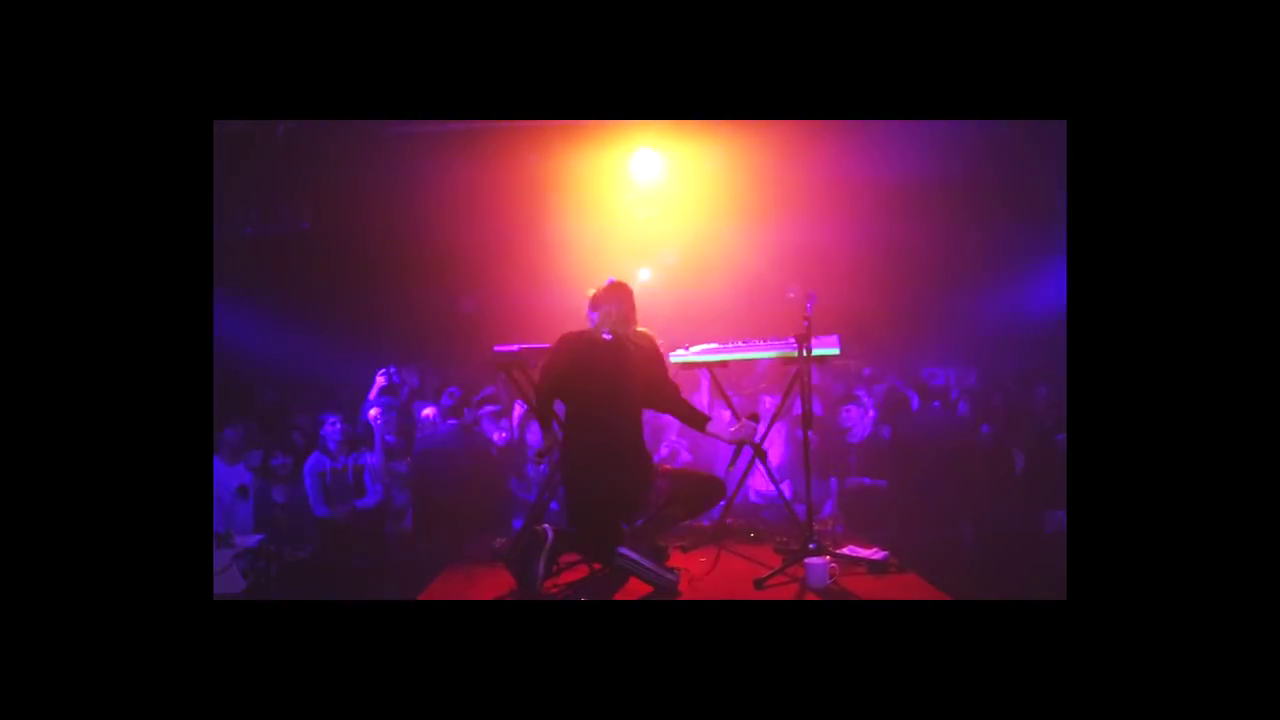 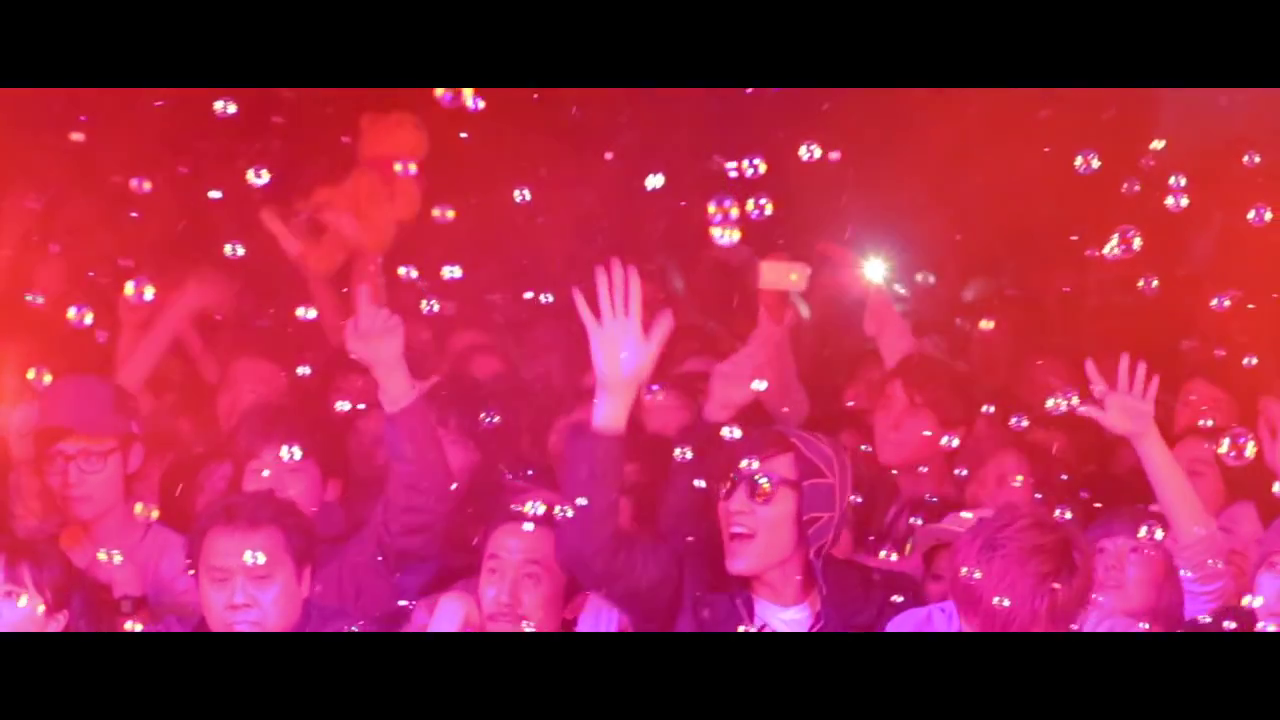 There's a moment in the video when everything begins to feel overwhelming where I get to the point where I'm about to cry and it's closer to the end in the repeated lines "I go back alone" which sounds like "I go back home". At this point Grimes is just dancing, moving her body to the music, and the video cuts to skyscrapers and fan reaction shots. Her music is her home, and the connection she has with these fans is the place where everything becomes perfect. I'm reminded of figuring out my place as well when watching this video. Since arriving in Newfoundland I've walked the streets, I've loved the people, and I found my place. My humanity was always locked up in this island rock of ice, because the person I feel truly connected to is located here. Sometimes I feel like I'm in a place separate from earth, like I lurched into some other existence that day, that I transcended my past life and was reborn into something different, because my heart's full of love these days, and I had never felt that before. I want art that reflects the love I have for existence, and the warmth and joy we should have for the earth, each other, and the work we create right now, and Claire Boucher's music video for REALiTi is informed by all of those things. 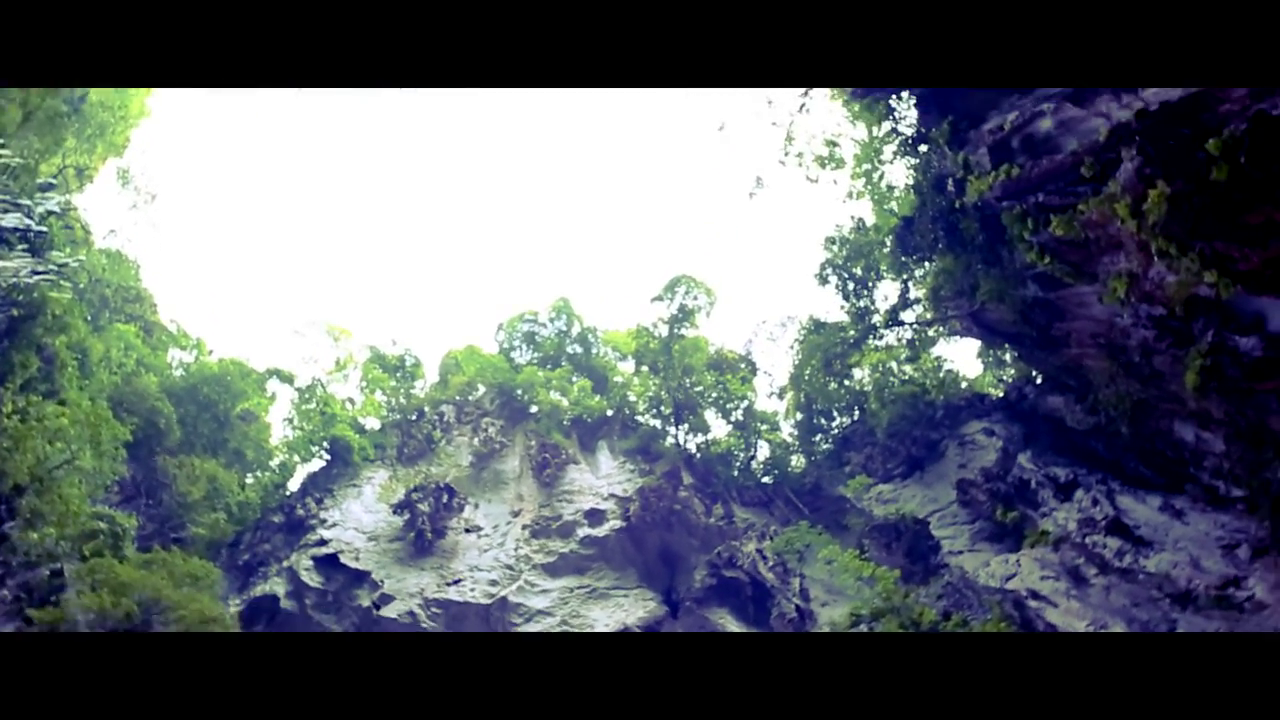