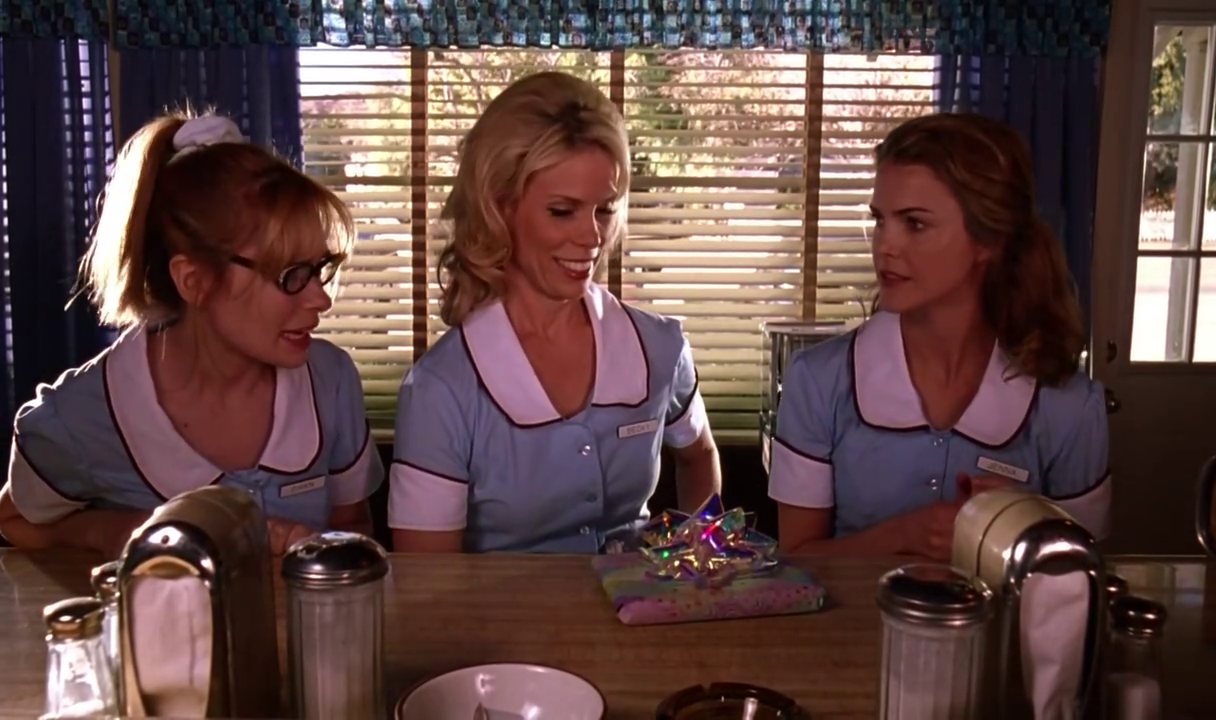 Waitress came into my life a few years ago when I became fast friends with Sara Freeman. I discussed very lightly with her some of my favourite movies over an email once and she brought this movie up. I was curious to view it someday, and I finally got around to that recently. I couldn't have fallen more head over heels in love. There are a lot of reasons why I adore this movie, but the signature reason is it's unbridled love for women, their struggles, the place they carve out in the world, and the reliance and support they give one another in times of need while still loving each other enough to disagree. The centrality of women in this picture is more than just refreshing, it's invigoratingly pure in what it can represent for women in cinema.
The film is framed around the struggles of one normal, American woman in the deep South whose one true passion is making pies. Jenna (Keri Russell) deals with an abusive husband and an unexpected pregnancy, and while her life seems to be in a rut she's always reaching towards breaking free from her bad marriage and constricting day to day existence. She dreams of romance, as we all do, and shortly after becoming pregnant she meets a doctor (Nathan Fillion) who she gives her something resembling compassion and love. On paper this seems like a typical cliche romantic comedy, but director Adrienne Shelly isn't interested in men in this picture, and she doesn't give you the ending of a prince charming running away and saving Jena's life. That would be far too rote for a picture of this magnitude in the place of Women's Cinema. 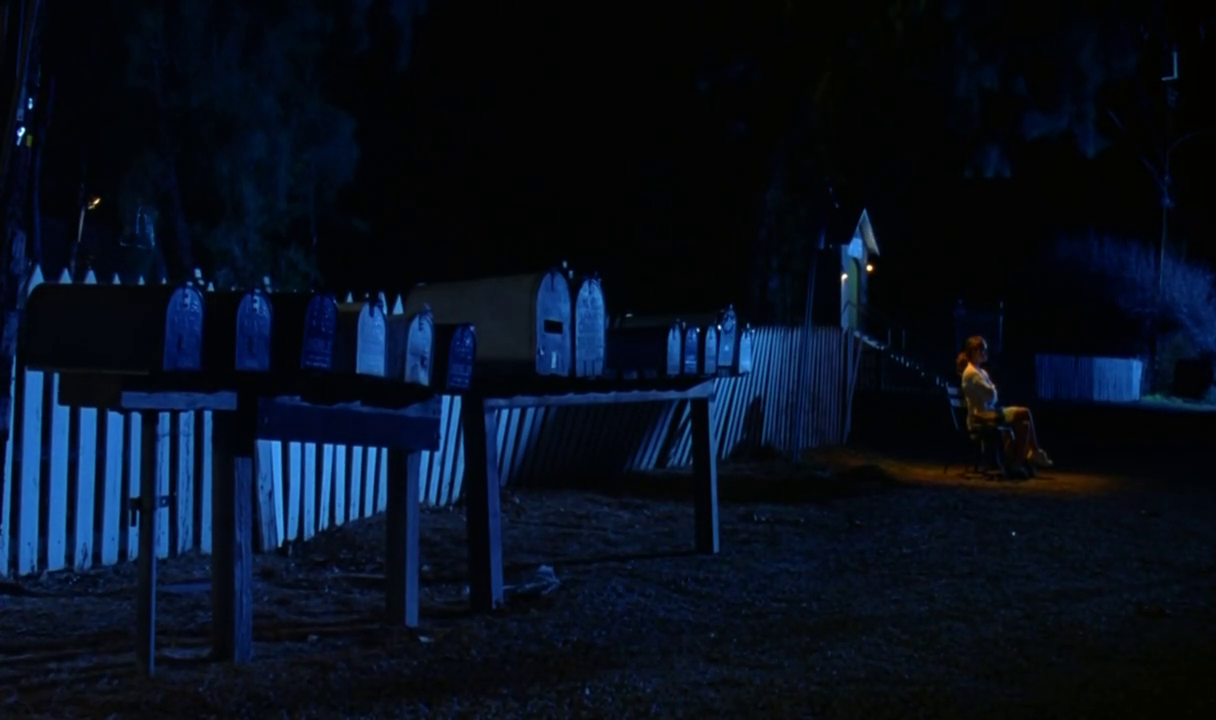 Waitress is about one woman above all else, and the choices she makes along the way to save her own life. She's an artist first and foremost, and she has modest dreams of opening her own pie shop. The film beautifully gives Jenna a "happy place" of imagining the creation of pies whenever she is dealing with her oftentimes difficult life. She's friendly with everyone around her by making them unique pies to suit the specific situation, and overall she just seems like a genuinely good person. When Jenna becomes pregnant it actually gives her life the push she needed to break way from her husband who is anything, but loving in the way she is. He is destructive, smothering, and needy above all else. Her friends are with her along the way as they guide her and give her emotional support even with their own life problems. The back and forth they have is rich, and filled with compassion towards one another, and feels accurate to the back and forth in day to day friendships between women. 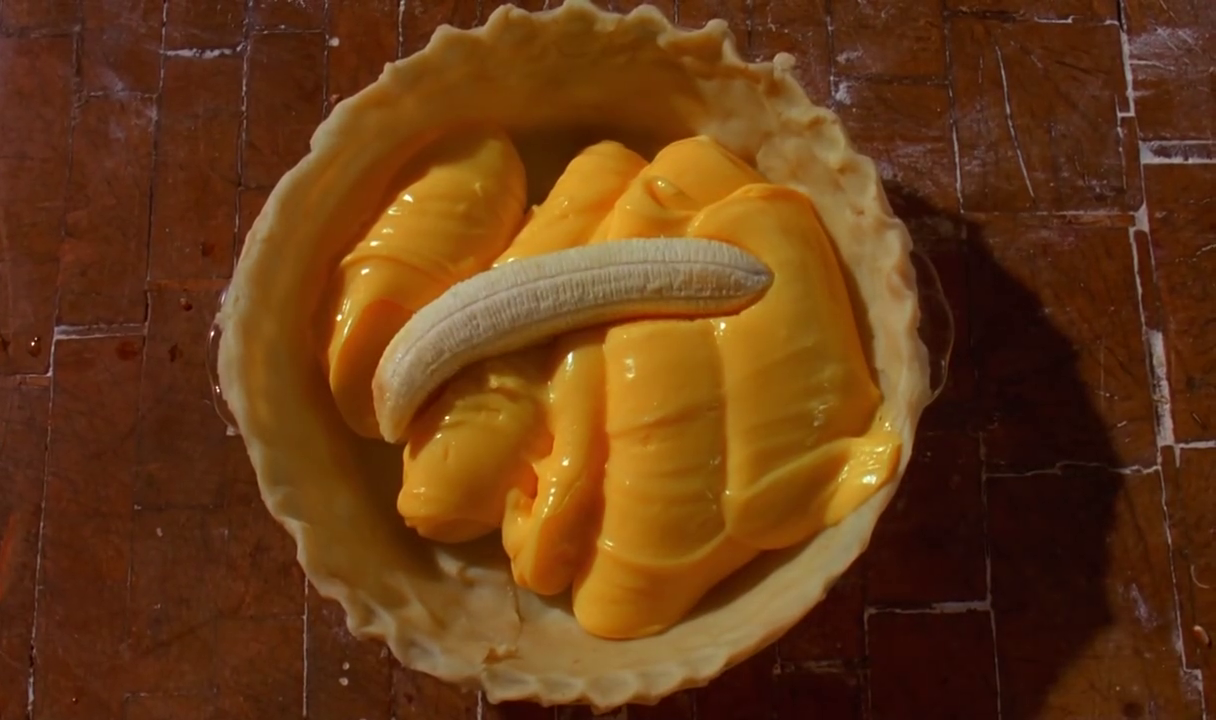 Jenna has no connection with the fetus inside of her, but she begins to formulate plans to get away. In the triumphant final moments of the picture she finally takes complete control of her life, and flatly tells her husband she's leaving him. She's taking her daughter and going very far away, and if he ever comes back into her life there would be consequences. Fuck yeah. Importantly though, Jenna also doesn't want anything else to do with the man she had been sleeping with during the pregnancy as both of these men are blurred out in one of the best images in the film with a clear focus on Jenna and her newborn daughter Lulu. She eventually rides out of the hospital with her two best girlfriends beside her, and her newborn daughter. 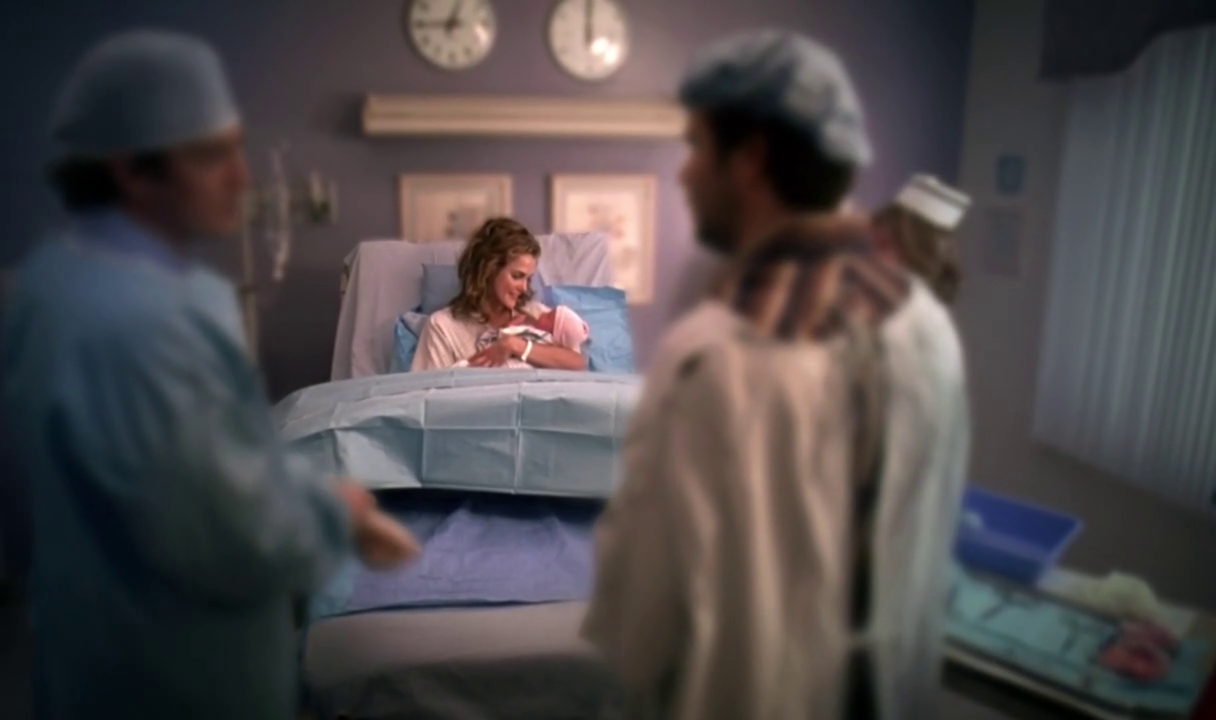 The epilogue is what cements the movie as a personal favourite though, as it showed the type of love she had for her piemaking with her daughter. When Jenna discussed her childhood earlier in the film she talked about making pies with her mother, and remarked on it being the happiest times of her life. She wanted to do the same for her daughter, and there's a wonderful callback that shows Lulu and Jenna creating pies in her kitchen in the new restaurant she opened. Which she lovlingly dubbed "Lulu's Pies". Jenna did it, she carved out a place for the life she wanted. It's meager, and modest, but it's hers. She's an artist with a venue, she has all the people in her life she needed, and all the love in her life was filled up by a daughter. It's a feel good ending for sure, but it feels completely earned, because of Jenna's struggles. Good things should happen to good people.

Waitress more than anything else represents the kind of optimism that should be able to be found in Cinema. It's pleasant cinema, but it completely accomplishes it's goals of creating investment around Jenna's journey to self realization by showing just how hard she fought to get where she is at today. It also subverts a few of the romantic comedy trappings that befall the genre by having her choose herself in what feels closer to a Broadcast News kind of ending rather than your run of the mill love triangle narrative. There needs to be more movies like this, and there needs to be more of a place in cinema for women to hone their craft, because the world needs more films like Waitress. Cinema needs films with this much humanity. We need an Adrienne Shelly. 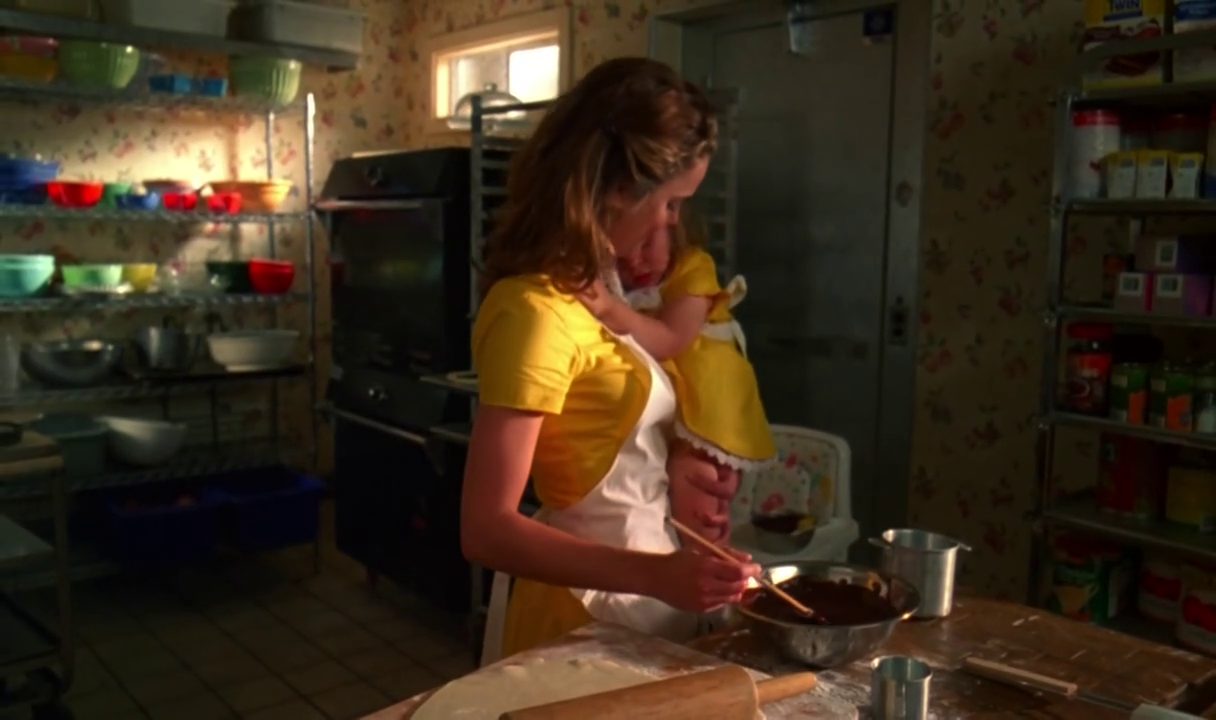 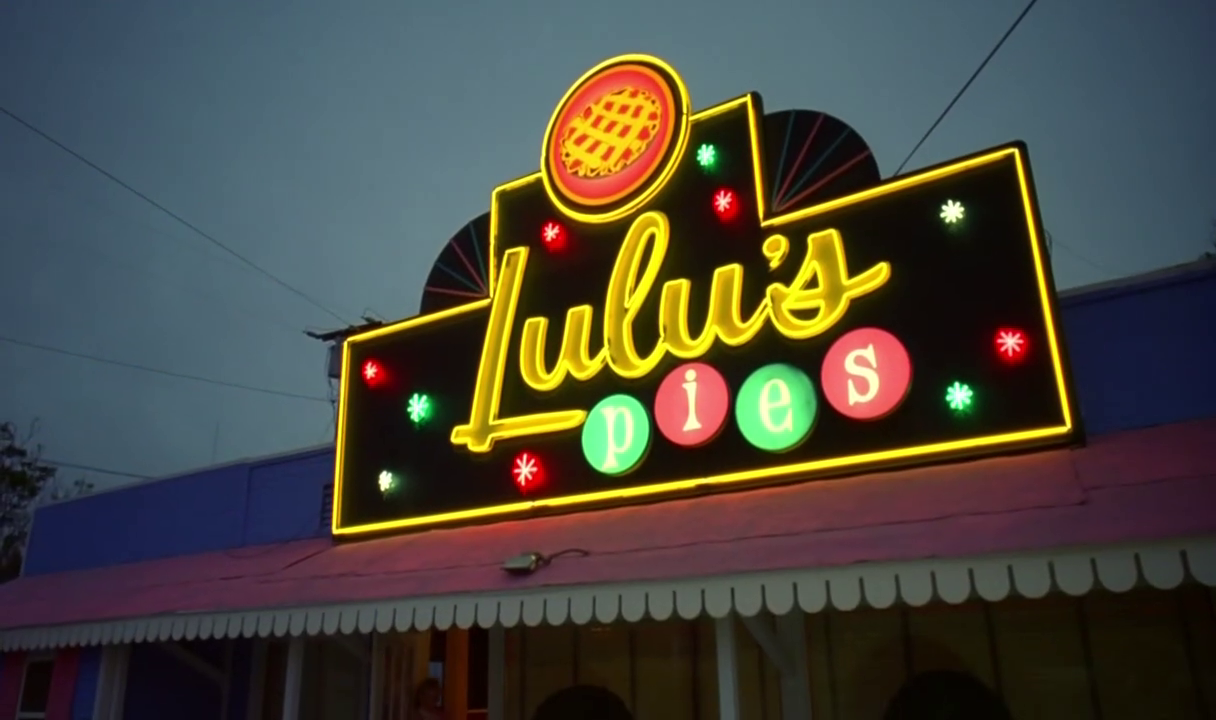 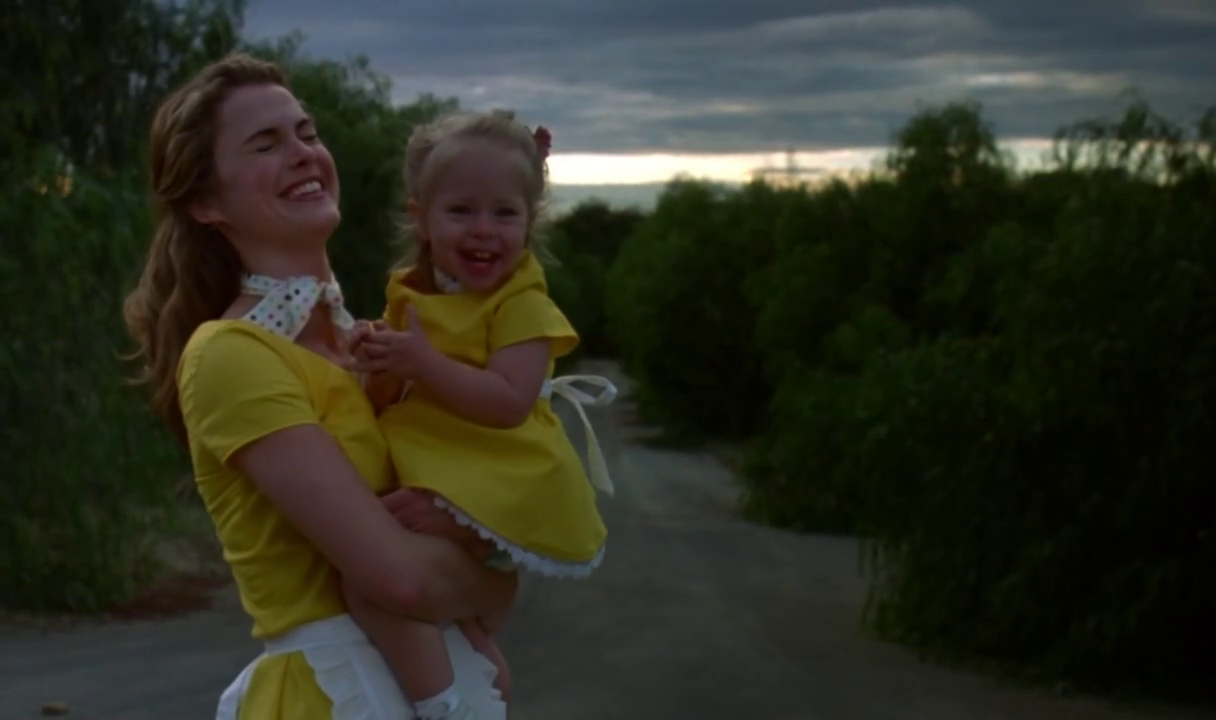 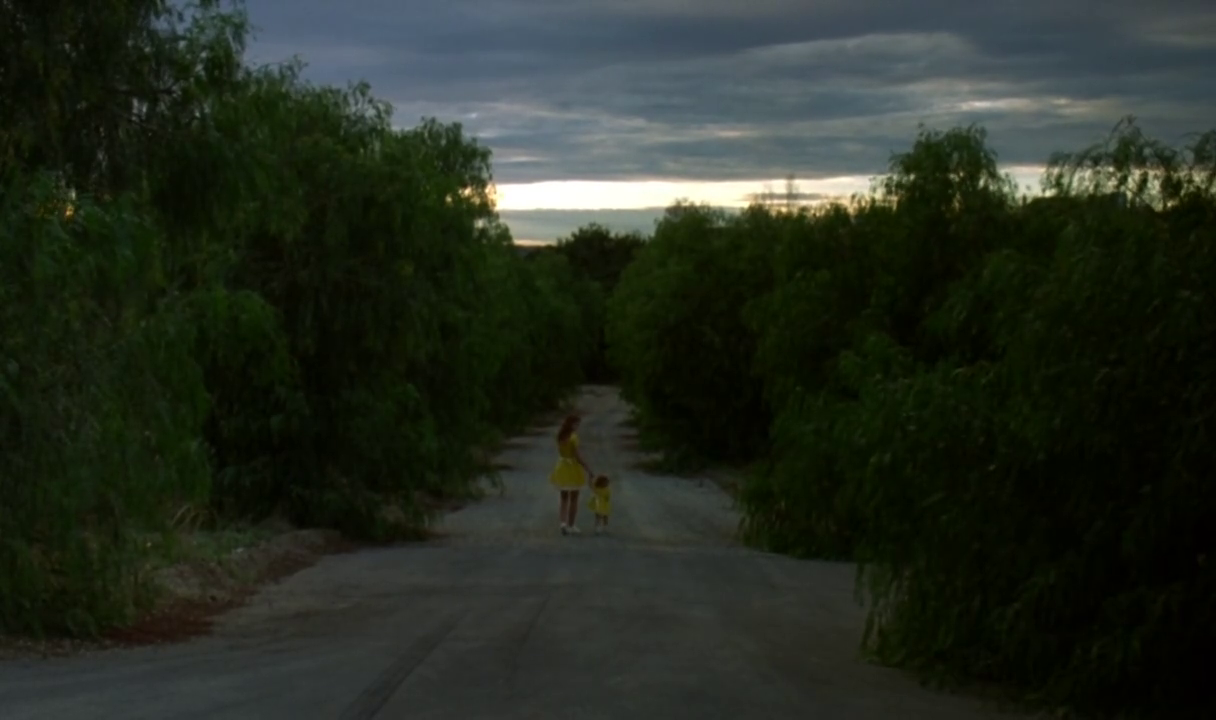 I'd like to take a moment now to bring up the Adrienne Shelly foundation. Before this movie was released in cinema Shelly was tragically murdered, and cinema lost a vibrant, important young voice. That tragedy will never be erased, but you can honour her memory by donating or supporting the foundation that was created in the aftermath of that senseless crime. The foundation's goal of supporting Women in film is one that I greatly agree with, as this blogs entire goal this year is to bring to light films directed by women. So please check out the Adrienne Shelly Foundation, her movies, and more films directed by women. 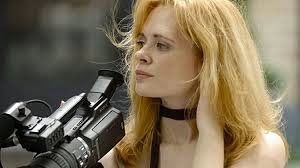 Posted by Willow Maclay at 3:10 PM