Denis creates a cinema of either utmost beauty or total effecting horror, and often these modes are interchangeable in her visual language. In Beau Travail the male body is a canvas, but the film becomes increasingly suffocating as characters go further and further down a rabbit hole of increasingly difficult regimens in the sculpting of those bodies. In Bastards the sensual style that she created around lingering bodies, and intimacy was turned inward into something horrifying as it dealt specifically with sexual assault. Denis is no doubt a filmmaker of bodies, but her films often explore themes around how those bodies navigate a world that isn't exactly fair to them. In No Fear, No Die she goes back to the well of established ideas in her debut Chocolat in oppression through colonialism. While Chocolat's ideas are presented in an autobiographical narrative (Denis grew up in South Africa), No Fear, No Die places the camera distinctly on the lives of those most intensely effected by a white supremacist world. 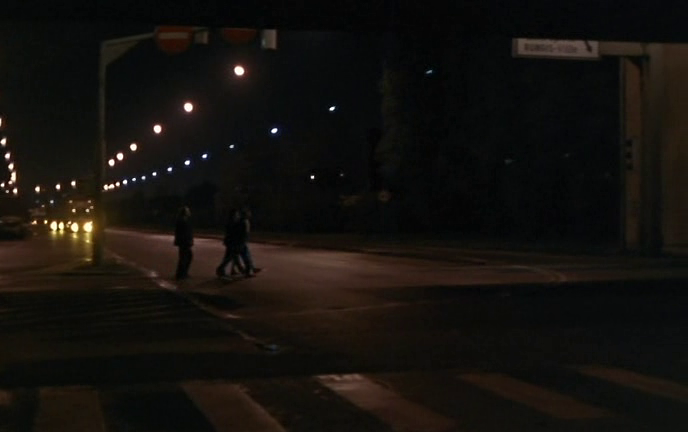 Dah (Isaach De Bankole') and Jocelyn (Alex Descas) are trying to make their way in France as cockfighters. It's a quick way to earn a buck, and they are skilled at training their birds in combat. Jocelyn struggles with this task as he shows saturating love for the birds he is sending to their deaths, and as the film goes on he has a harder time adhering to his superior's requests to up the violence of the cockfights by including weaponry not natural to a chicken. They are struggling for cash so they succumb to their bosses demands, and this seems to send Jocelyn into a depression. 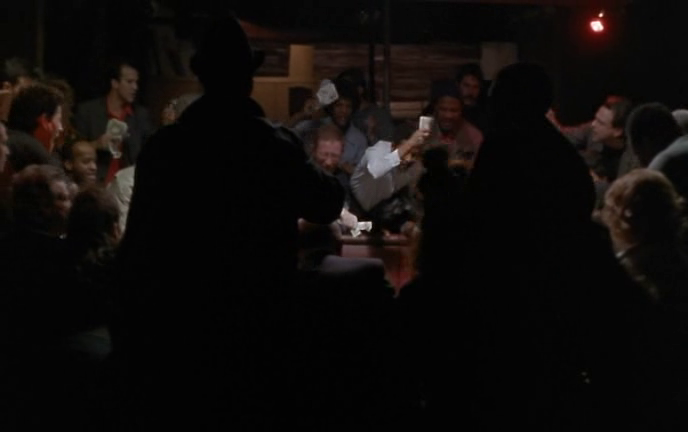 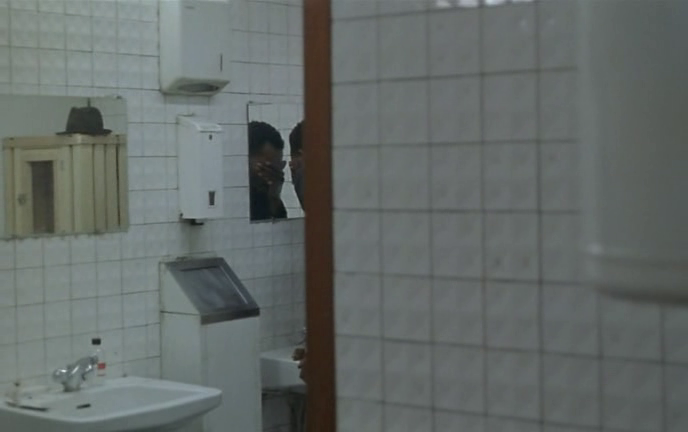 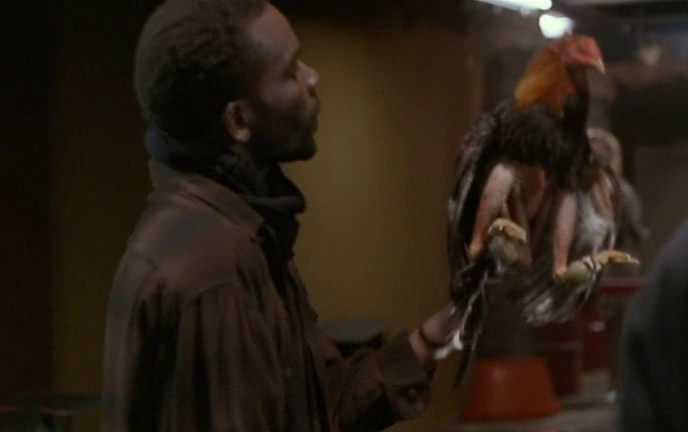 What's so remarkable about Denis' work in No Fear, No Die is how effortlessly she seems to navigate through these ideas of being owned while still capturing an eerie beauty of the process of loving & raising one of these rooster's in the art of combat. Jocelyn sincerely cares about the fate of his birds, and while it's silly of him to care this much about these animals & be in this profession he gives them love and care. Denis shoots these scenes similarly with compassion. Jocelyn will hold his birds close to his chest and pet them for significant amounts of time while Denis gives us close up of his hands. These scenes are also often presented in a softer, richer light than the dingy underground of the cock fighting world. It isn't a leap to think the metaphor of the cockfighting can be seen as pitting black men against one another while white men profit from their work. The metaphor for this is backed up by how she shoots the cockfighting. It's almost as if these chickens know they are tangled metaphors. She shoots in extreme close up on their bodies, emphasizing their quick jumping movements as well as the claws they use to destroy each other (no animals were hurt in the making of this movie, but it's still extremely difficult to watch). At the end of the day these chickens are sentenced to death before they even entered this arena, and one can't help but feel Denis feels a similar empathy to those who enter life with the deck stacked against them, much like Jocelyn and Dah. 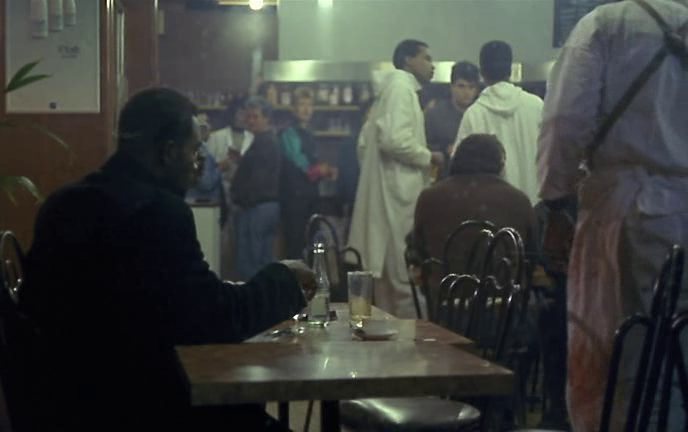 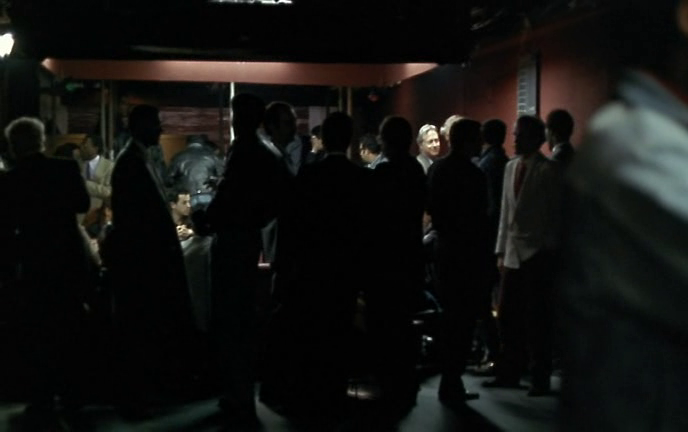 There's a sense of fatigue in this movie. Denis shoots these grimy underworlds in constricted spaces. Ceilings hang low, hallways are tight, and small rooms are filled to the brim with men smoking, drinking, and cheering on this destruction. Bankole's eyes speak volumes in the films final moments as he watches his friend stumble further into the destruction of this sickening profession. He stands with his back next to a red painted wall, it's intensely foreboding to his friends fate, and the blood on their hands for the creatures they raised to die for a quick buck. It's an incredible moment of acting and direction coinciding for a brilliant visual moment sold by an actor's face. 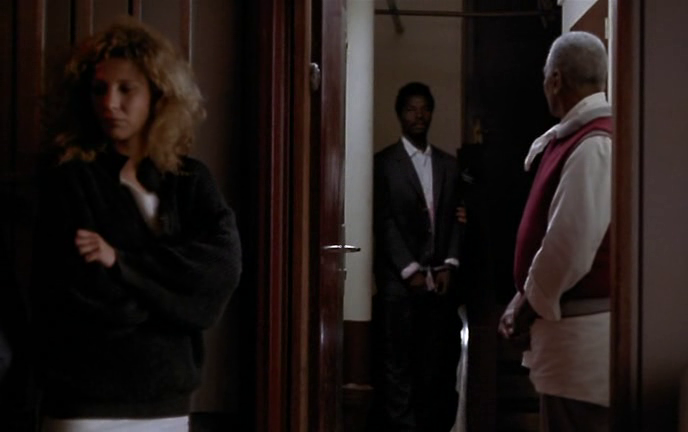 No Fear, No Die is a mournful picture, coloured by past history & shrouded in death. The world is broken for these men, and Denis captures this in her emotional painting. Chickens spill blood, Humans spill blood. In this film the cost is all the same. Money stands in the way of peacefulness. It always has.
Posted by Willow Maclay at 8:32 PM