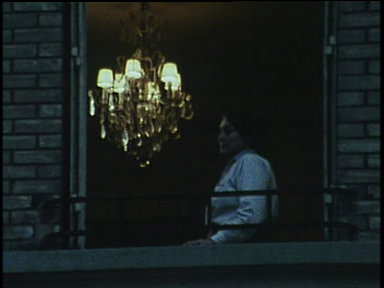 I've watched films without subtitles before and I went into this not knowing what it was about and I assumed Akerman's form would make sense for not exactly understanding what the characters were saying. It does but, this is a film largely about conversations between Akerman and Holocaust survivors. Akerman herself has family ties to the Holocaust. Her grandparents died in Auschwitz and most of her mother's family perished as well. This is a heavy subject for her to confront. I wish that I could know what these women were saying. I'm sure it was heartbreaking, human, and powerful. I hope one day there are subs available somewhere so I can give this a proper viewing. Although I assume learning french might be an easier route. 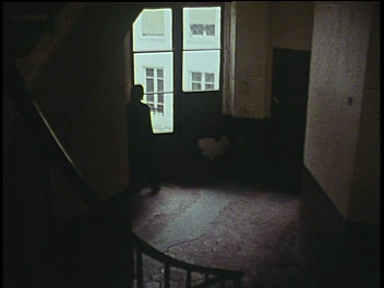 Aside from the fact that I didn't know what the characters were saying I still enjoyed watching this for the way Akerman constructs images. There is a connection between this and Jeanne Dielman, News From Home and Meetings of Anna in form. The long static takes built around a person and what they're doing in a room are here, as well as the lingering takes on people in a city setting. She also finds ways to frame these women in new ways from interview to interview. In one take she shoots an interview with the glare from a spotless dining room table visible, and the light from a window is shining on her subject. Moments later she uses mirrors to specifically show a reflection of another woman in a dining room symmetrically framed by two plants on either side of Akerman and her subject. There is even an extended section of one of the women cooking which calls up the rigorous camera work in Jeanne Dielman. Akerman's work has always felt like an extension of documentarianism (News From Home and Hotel Monterey) and I found her eye for creating images to be just as strong when she uses the talking head format that most documentaries use. My favourite moment of the film was when Chantal and one of her interviewees sits down for dinner together and Akerman nods off. The other woman wakes her up and they both give each other a little smile. I may have not known what anyone was saying throughout the entirety of this, but that warm moment of recognition between the two transcends language. 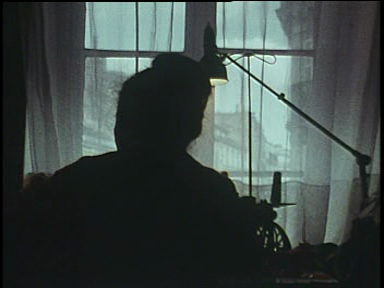 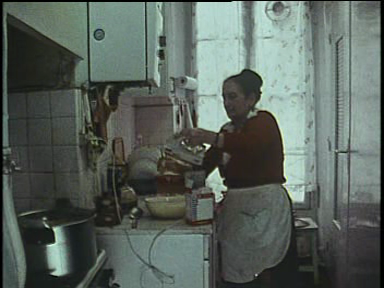 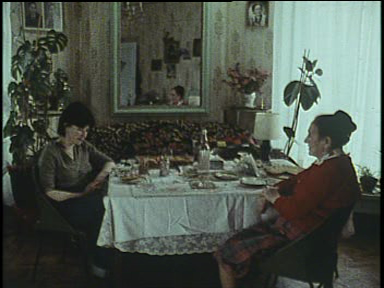 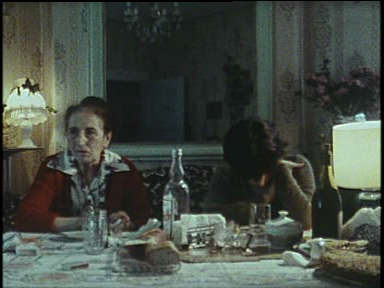 Posted by Willow Maclay at 6:21 PM