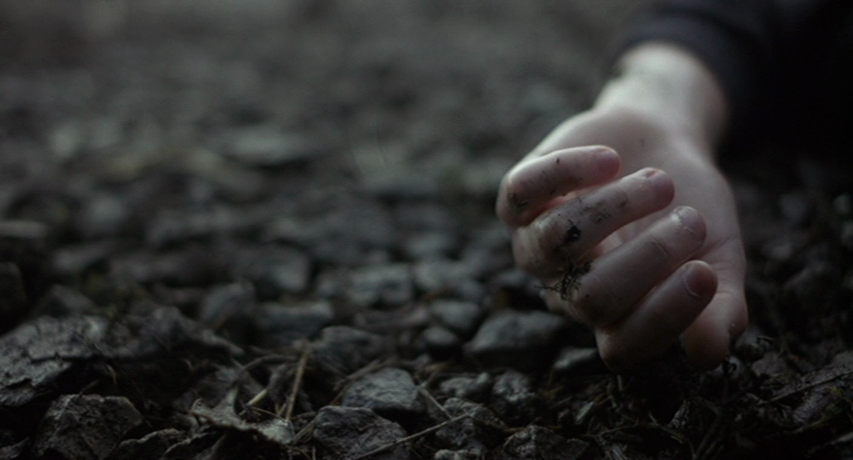 Lynne Ramsay is a visual poet, more concerned with the meaning behind her images than the machinations of plot. In her work she evokes specific moods with colour palettes or lingering imagery.We Need To Talk About Kevin would douse itself in reds to symbolize a tying together of childbirth and violence. Morvern Callar focuses on textures, beauty in hyperfocused imagery of Christmas Trees and Club lighting as well as others. Ratcatcher is hazy, filled with browns and death seeps out of the sides of the picture. It is ironic that Ramsay infuses normal life giving or transitional narrative modes (Childbirth in Kevin, Adolescence in Ratcatcher) with her preoccupations of decay or destruction, but they exist in her work (Callar deals with suicide), and she is first and foremost a visual filmmaker. 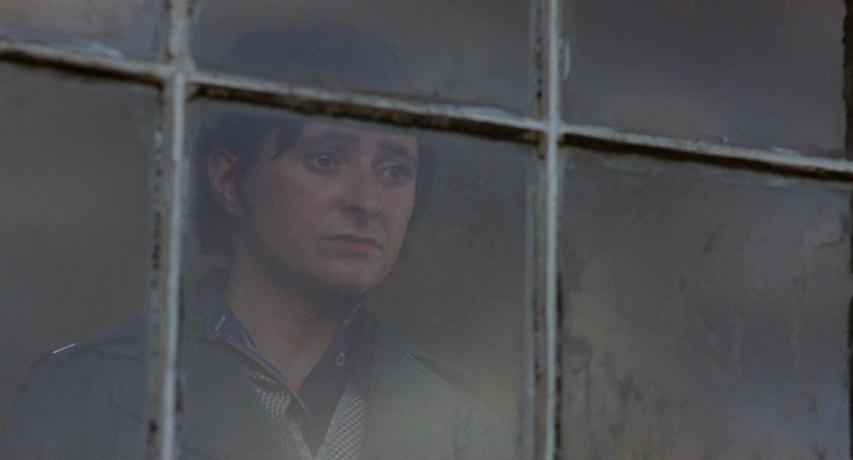 The film begins with the death of a 12 year old boy in an accidental drowning due to play fighting. Ramsay uses close up shots of his hands, and the reaction of a mother who fears it is her own child through a window to convey this loss, but even more than the blunt imagery of a pale ghostly hand she created a world of rigor mortis in Glasgow. The air seems thick with poison, and the world is depleted of it's colour. Rats infest the streets as garbage workers are on strike and the unwanted items of houses get tossed out to fill up the streets. And it is a world of seemingly endless sorrow with it's lack of anything resembling vibrancy. Glasgow is in a transitional place in this picture with many occupants being moved around slowly into better housing, and garbage men are fighting for more significant rights to better their own lives. It mirrors James' growing up from boy to teenager. Everything should be progressing for James and Glasgow, but Ramsay-to the film's strength- is more interested in the current harsh conditions of the area and the guilt of having been involved in his friends death than a feel good narrative of improvement. 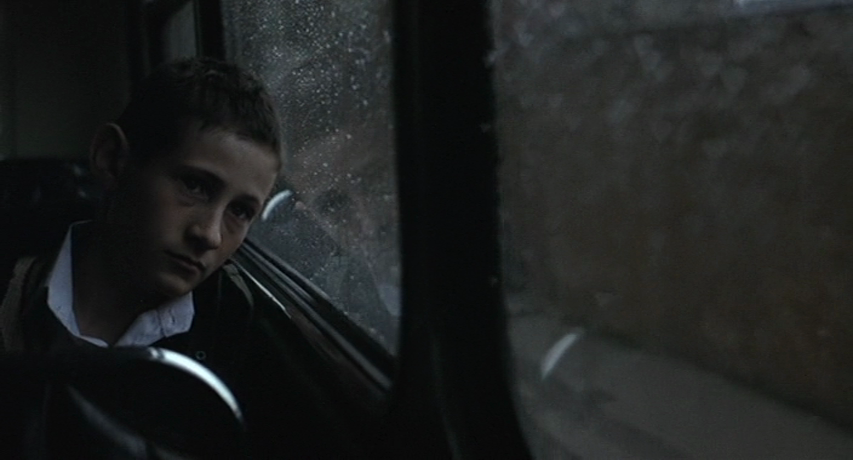 James isn't the only character struggling to make it in Glasgow. He befriends a girl (Margaret Anne) early in the picture who does sexual favours on the side, but is mercilessly mocked for this reason, her weight, and her need to wear glasses. In their relationship the film finds some of it's few happier moments. James and Margaret Anne share many significant scenes and seem to have an instant bond. She finds him more trustworthy than the boys he sometimes runs around with (as he treats her with common respect), and he doesn't have to put up his guard and act hypermasculine to impress her. He even attempts to retrieve her glasses from a pond at one point despite his post traumatic fear of water. He has a similar relationship with his sister, and while they fight as siblings do they shelter each other from the harshness of their sometimes violent father. The humanity and character interaction of James with the various women in his life are often the films sweetest moments. The presence of the gang of boys his age who are more interested in violence, teasing and making it with girls seems foreign to him after the events of the drowning earlier in the picture. His greatest betrayal growing up is even when one of his few male friends, who had a fondness for animals, begins to exhibit violent behaviour to those creates he once loved ,and James finds his friendship with him crumbling. In these ways Ratcatcher exhibits traditional ideas of masculinity as being toxic to male development, and it backs this up with the abusive relationship he has with his father whose only interest for James is to become interested in sports despite his hatred of Football. 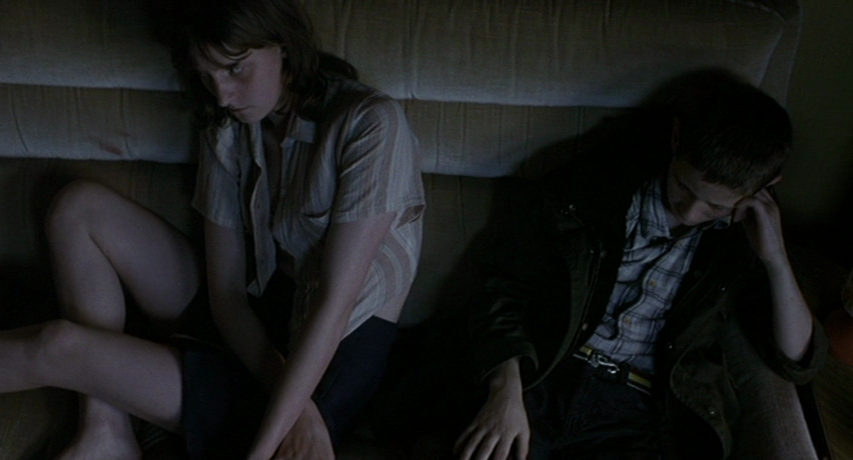 James does find solace though, and Ramsay gives him these happier moments by taking him to a safe zone. It would be his future housing, and doubly a look at the future Glasgow has in mind for it's poorer residents. In these moments James explores, he loses himself in a field, and the shooting style changes from one of decay to life. The sun seems to arrive for the first time in the picture, and colour finally fills up the frame with deeper blues and rose-y golden fields. He's like a kid here, not worrying about the future problems he'd find in adolescence and adulthood. He seems to have a way out in this luxurious house (at least compared to his old one), but the films final scenes are worrying. In a moment of inevitability he plunges himself in water and he begins to suffer the same fate as his friend. If this is to be read as metaphor then there was no way out of growing up for James, and his housing situation wouldn't take away the grief that came from his maturing, and for Glasgow improving housing would only be a temporary fix to a rat's paradise. 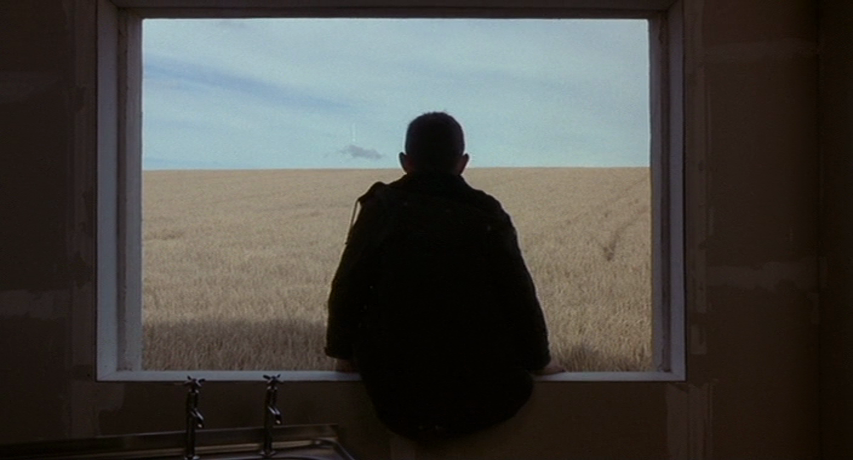 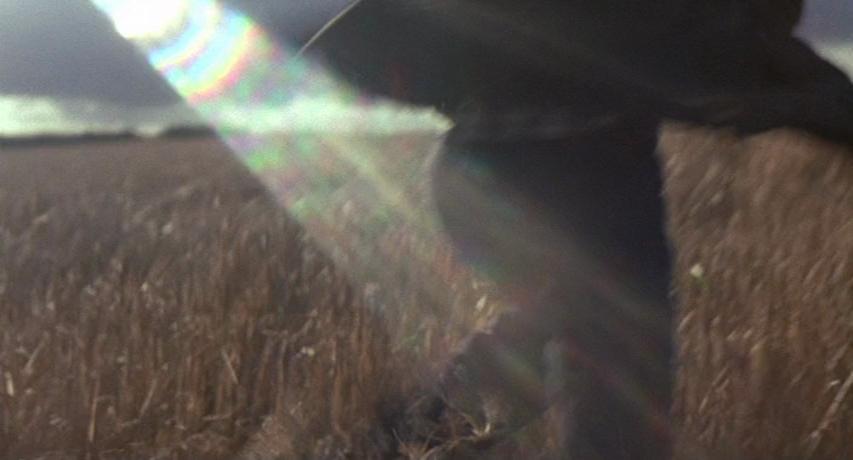 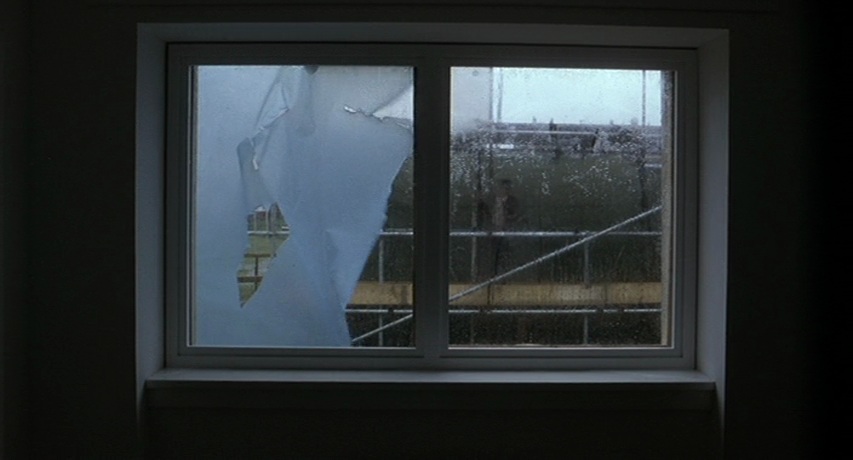 Posted by Willow Maclay at 7:01 AM