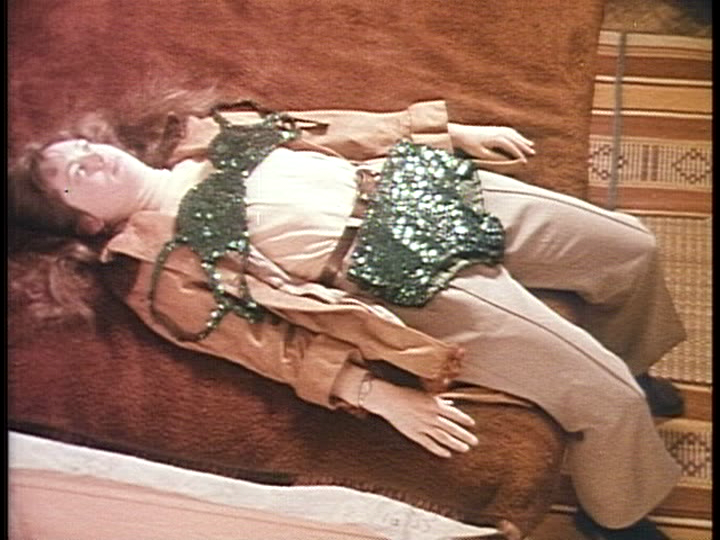 Virgina Woolf's To the Lighthouse comes to mind when viewing Yvonne Rainer's Kristina Talking Pictures. Woolf is even mentioned, along with Jean Luc Godard, in the films opening segment. Woolf's prose in that text focuses on specific ideas about aging, depression, sexuality, and womanhood and the story of the novel is delivered in a 24 hour time span in complete stream of consciousness thought. Yvonne Rainer isn't a direct descendent of Woolf, but Woolf is definitely present in her work. She is present in the specific sequences that focus on aging, make-up and the deterioration of the body.  She is also a descendent of Woolf in how radical she pokes holes in the formal qualities of her art form. Woolf wrote a book completely in stream of consciousness, Rainer completely dismissed any notions of cinematic form. 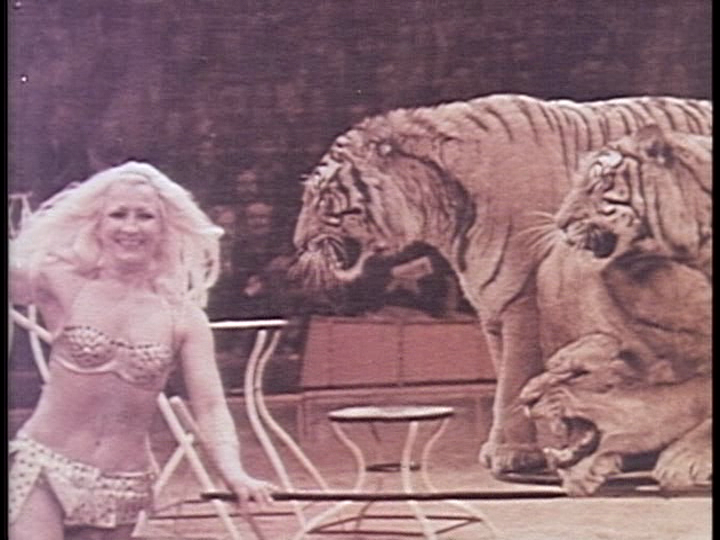 Then there's Godard. Godard was early in his puncturing of the idea of "What can a film do?" at this point, but Rainer seems to be on a similar wavelength. Her filmmaking style brings up the avant-garde, but even moreso how it intersects with feminist thought. Feminism in the 1970s was going through what we would now call the second wave. Women's Liberation was at the forefront, and Rainer considered herself a staunch feminist. This comes through in her picture's allegory of Lion Taming to conjure an idea of capturing masculinity and using it for your own benefit. This falls in line with second wave thinking as well, when that movement so expressly wanted women to enter the workforce and take on more masculine professions. Women can do any and all of these things, as well as in cinema as anyone else. As well as Godard. 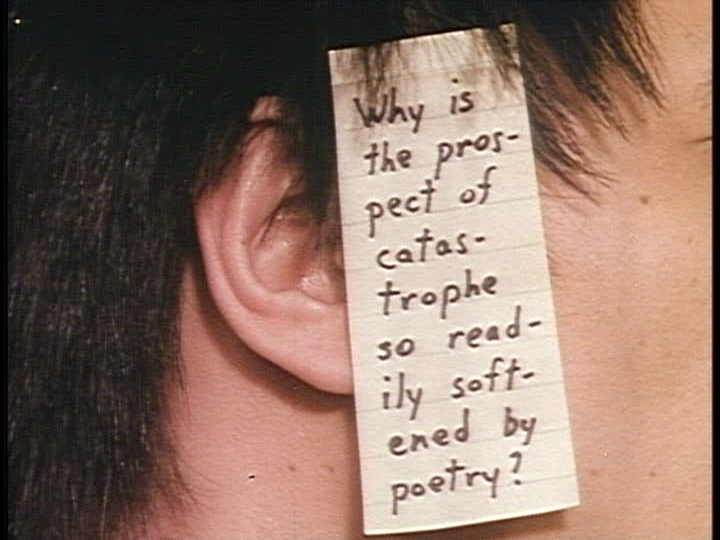 The transgressive nature of the picture's creation is most apparent in how it's structured. There are many sequences of characters sitting and talking, followed by more characters sitting and talking, but none of this is ever in support of a significant plot. One would perhaps even call Rainer's picture plotless. IMDB would tell you the plot is that "a woman who is a lion tamer wants to become a choreographer", but that isn't expressed significantly throughout the film. Instead, the picture focuses on ideas, theories, and discussion. Rainer's thesis is about oppression and how it effects one another. The ideas of post-war-Vietnam come up often, and characters will often spout statements about art not capturing the climate of Vietnam or wartime situations. Art is softening the events to sell entertainemt. This is something Godard would grapple with his entire career, especially in pictures like Histoire(s) Du Cinema. Art should have a reflective, aggressive effect in capturing something of livelihood, but has always failed to stop war. How can art stop war? How can art stop oppression? What is the power of art? Artists like Rainer struggle to unearth these questions, and in a filmic context she only asks these questions, never answers them. That's all we can do. 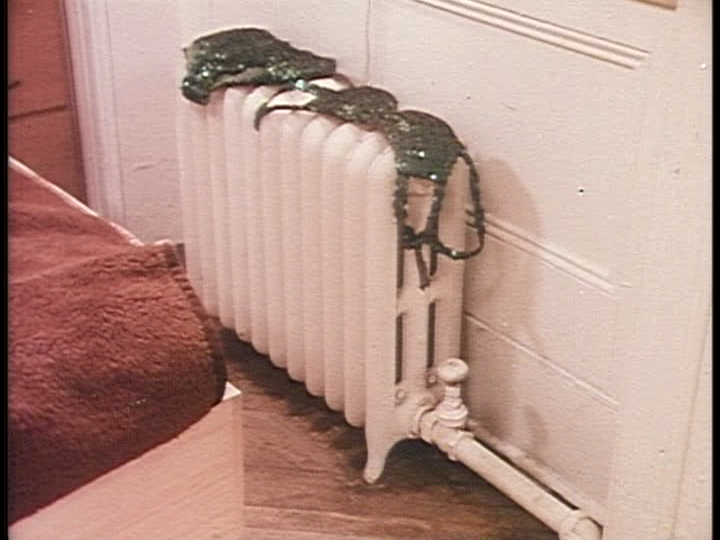 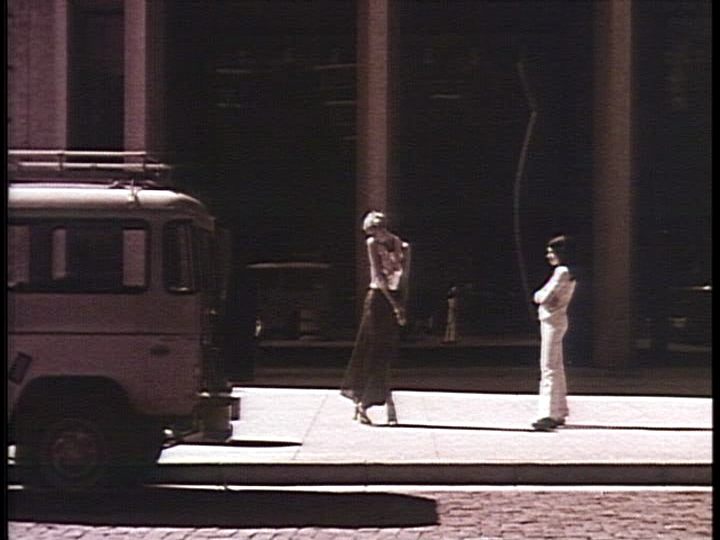 The Avant Garde is expressly present in every frame. Those frames are filled with negative space. Rainer shooting away from characters. Flinching at their very existence. Dialogue careens from somewhere, but Rainer is focused on a note on the floor or underwear sitting on a bed. It's almost as if she's negating her very characters in favour of something more elemental with her focus on objects. That very same dialogue comes and goes as well. When a record skips you lose a moment in the song, and the voices in this movie do the same. Audio pops and hisses, these theories characters are discussing about war, art, abortion, aging, bodies. Are they even that important if Rainer is willing to slice words out of their speech in favour of formal experimentation? Rainer coined the No Manifesto in dance which sought to purify movement and devalue the cliche. She attempts to do the same here, but in cinema. Cinema is a visual form, but Rainer seems to have little interest in creating image. She manipulates the voices of her characters, and tears away at everything that makes cinema what it is. A new definition, a statement, a level of bluntness is what she's aiming for, and occasionally she succeeds like when she completely abandons her own film to produce still frames of a woman posing or when people lie in a pile in the floor. These are dualities, and while her images often run from any expressive meaning the notions of life and death come through here perfectly. 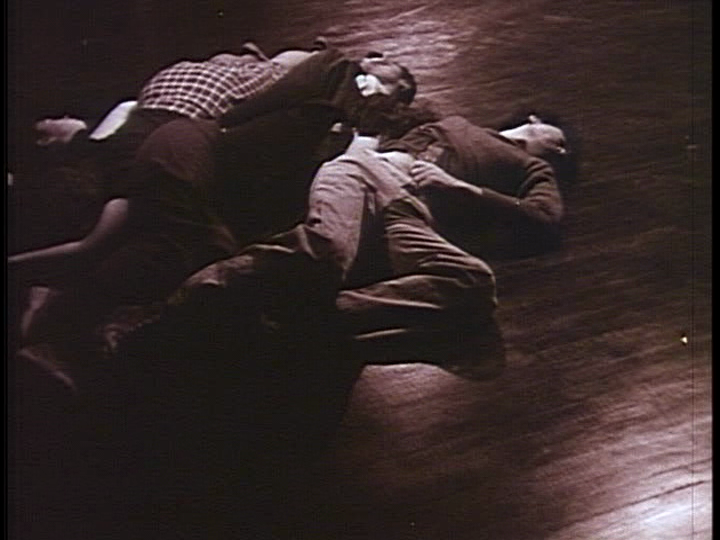 I do wonder though what kind of use this film has for the majority of people. If Rainer is so beholden to completely eradicate form then the content of her cinema, becomes more elusive. Cinema cannot have a widespread changing effect if you limit your audience to the same people who would buy into your philosophy in the first place, and I think that makes the feminism or social ideas of this picture muted in a way that only strokes one's ego. It's gloriously rebellious, but at the cost of an audience who would otherwise see this picture. The difficulties of being transgressive to the art form and finding an audience are not questions I or anyone else has any answers for, but one wonders if Rainer's simplicity and pureness of the No Manifesto she aimed for in her dance are lost in the over-complications of her experimental cinema. Either way, Kristina is very fascinating, politically inclined, and thought provoking to those willing to grapple with it's complexities.
Posted by Willow Maclay at 1:45 AM