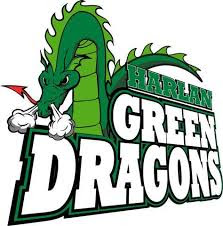 On the day of my graduation they sorted us into two separate groups based on gender. This was something they always used to do, even if it felt archaic. It was our school’s own way of keeping things segregated and uniform. Our school was big on that word: uniformity. If you didn’t fit a certain degree of wealth, skin pigmentation or overall presentation you were mostly left to your own devices. That’s how I got to my own graduation day, despite not really having the grades or the work ethic to have earned that diploma. I was smart, that much was sure, but I couldn’t have accounted for just how badly things would turn at around my thirteenth birthday.

When transgender people discuss their first puberty they say things like “it hit me like a ton of bricks” or “something was wrong, but I couldn’t put my finger on it”, but those diagnoses didn’t really fit what happened to me. Puberty didn’t hit me like a tidal wave or any other exaggerated environmental descriptor to metaphorically mean “unwanted erections” or something else that was just as sinister. No, puberty didn’t really hit me at all, and that was the central problem. I went through life looking like a large twelve-year old with a featureless face and enough accumulated weight to hide the fact that I didn’t have curves or muscles. It was my body’s own way of shielding me from any concrete gender designation. I hardly felt real at all. Part of that was my own doing, but in truth it was a coping mechanism to deal with the issues I was having in my absent adolescence. I needed a girlhood, but what I grew up with couldn’t rightly be given that word and all that comes with it. What I experienced was something more akin to stasis where I waited on my body’s systems to finally come alive and turn me into the woman I knew that I was. It’d be years before this happened, but I already knew what was wrong with me. I was transgender, but I couldn't transition in that environment.

Spending each morning vomiting or making up excuses to miss school, due to the anxiety of having to present as male and being horrified of how other boys would react to your own latent femininity isn’t much of a childhood. As the years went on and everyone began to consider me an adult, despite the image of my own body, I became more distraught at my complete lack of a future, and this all came to a head on the day of my high-school graduation.

Sliding a green gown over the shape of my body felt wrong. I didn’t understand why I couldn’t just accept what gender was given to me in life. Pushing an objective fact like “you are a woman” to the back of your mind in hopes of stamping it out entirely doesn’t really work when something as mammoth as gender comes into play. It effects everything. How you’re seen, how people react to you, and what kind of life you’d live. Our society is built upon these very ideas, and they haven’t changed much with wave after wave of feminism begetting worse men and elected officials. As badly as we'd like things to change assholes keep making things difficult. So if everything is effected by gender and people expect you to live as someone that isn’t who you are it damages every single facet of your life. I knew this when I stood in that church waiting to celebrate with all my classmates. Most were happy, others unsure, but only I was quiet.

I walked upstairs and sat in am empty pew, resentful of god, but still willing to pray for help. Before I could get much further than “Dear god” a teacher of mine sat down beside me, and said, “you’ve always been a little bit of a loner haven’t you?”. I could have cried if my body would have let me. Maybe this was God’s own way of speaking to me, because she did calm me down enough to keep me from having a panic attack. She said, “whatever the future holds. It will be yours”. I still think about those words to this day.

When I walked downstairs it didn’t take long for me to start spiraling again. Most of the other boys were talking about potential military service or going off to Junior College to play football. Someone asked me what I was going to do after high school, and I told them I was going to be a writer, but I wanted to say I was going to become a woman. In rural Kentucky, there’s not much worse a teenage boy could want to be, and you especially don’t say these things in a church. It wouldn’t be long before the actual ceremony took place, and I sat there without talking to anyone, stewing in my own mind, standing at a cross-roads looking for an answer that was obvious, but one I was too afraid to reach out and grasp.

Miserable would be an understatement when I saw every girl in my graduating class lined up alongside me in white gowns. I remember looking down at the definition of my own perceived maleness, stained in emerald. This is how the world saw you. This is the childhood they gave you. This is everything wrong with your life, illuminated in the colour of a gown that isn’t white. I thought of everything I lost that I’d never have in my own hesitation to state my own girlhood. I wanted nothing more than to be on the other side of the aisle. A daughter to be proud of. Someone with a future. A woman. Instead, I was an obituary waiting to happen, we all are, but mine was going to come too soon for reasons never stated. As I grabbed my diploma, adorned in gold with a name I had long ago forsaken, I had this feeling of utter failure cascading around me. I’d never get these years back or these chances at being myself. They don’t make movies about teenagers who refuse to live, and they don’t write songs about teenagers who barely exist. They won’t remember you if you fade into the background. It’ll be like you were never there.

I didn’t throw my graduation cap up in the air. I didn’t see the point of it. I didn’t see the point in much of anything those days, except obsessive thoughts of longing over a person I wanted to be, and grieving over her non-existence. The image of me, sitting hunched over, wearing the colours of my own assumed funeral as the optimism of everyone else tumbled around me, must have been a striking image. Everyone moved forward. I sat still. Caps fell to the ground like rain. Except this one person who wore it like a cross to bear. I’ll never heal from what I lost in my absent girlhood growing up. A quiet reminder that you cannot build a house without a foundation.

Today, I rarely ever wear the colour green. My best friend frequently tells me that I look great in that shade, but I’m not quite ready to reclaim that colour for myself.

I do wear white.

I’d give anything for that to have always been true. 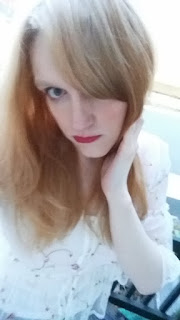 Posted by Willow Maclay at 9:14 AM